Paul Brunton is a Christian historian and author. His deep knowledge of the scripture and extra biblical writings and the history of the land and people of Israel from both an Israel and other-nation perspective, makes him a rare wealth of knowledge. He has climbed into forbidden caves, found the doves of the River Jordan, discovered the real Mt Sinai and if asked will tell you the real identity of the widely disputed Kings of the Persian empire.

He is a family man, with a love of God, the Bible, the land and a lot of fun to be with and a board member of Good News for Israel. Paul is our recommendation for The Historical Tour.

“At each location whilst examining the archaeological evidence that supports the truth of the Bible, we will look at their historical significance, recognise God’s provision and God’s plan from reading the relevant Scripture as we travel through the land of Israel.” – Pastor Paul 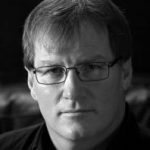 Arrival
Arrive at 6.40 am at Ben Gurion International Airport in Israel.

Morning
Our pick-up is at 8 am where we will commence our journey to Tel Aviv to the Old City of Jaffa to see the sea port, Simon the Tanner’s [Peter’s] House, the Egyptian Gate and the specially commissioned Commemorative Sculpture.

Lunch and Afternoon
From there we will travel north along the Mediterranean to Caesarea [Ancient Dor] where you will see King Herod’s Coral Palace, Pontius Pilate’s Dedication Stone, the Hippodrome, the Amphitheatre, the Roman bathhouse and stables and the aqua-duct.

Dinner & Evening
We will be settling down for the evening beside the Mediterranean at Haifa located at the base of Mount Carmel. 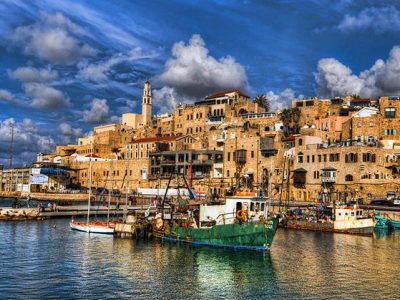 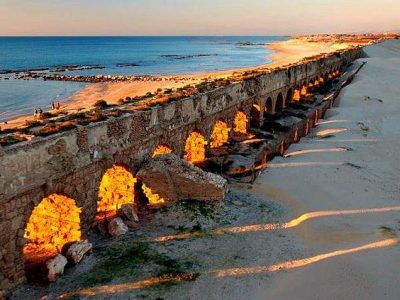 Morning
Start your day with breakfast and a refreshing swim in the Mediterranean before we ascend Mount Carmel to Stella Maris Monastery to see Elijah’s Cave before traveling east across the summit to Daliyat el-Karmel [El-Muhraqa], a Carmelite Monastery where Elijah fought the false prophets. Whilst there we
ascend the monastery rooftop to view Jezreel Valley and learn about many of Israel’s northern locations.

Lunch and Afternoon
Next we descend to ancient Megiddo on the southern edge of the Jezreel Valley filled with Canaanite, Egyptian and Israelite ruins. You will see gates and stables built during King Solomon’s reign, and view the prophesied location for the final battle of Armageddon. 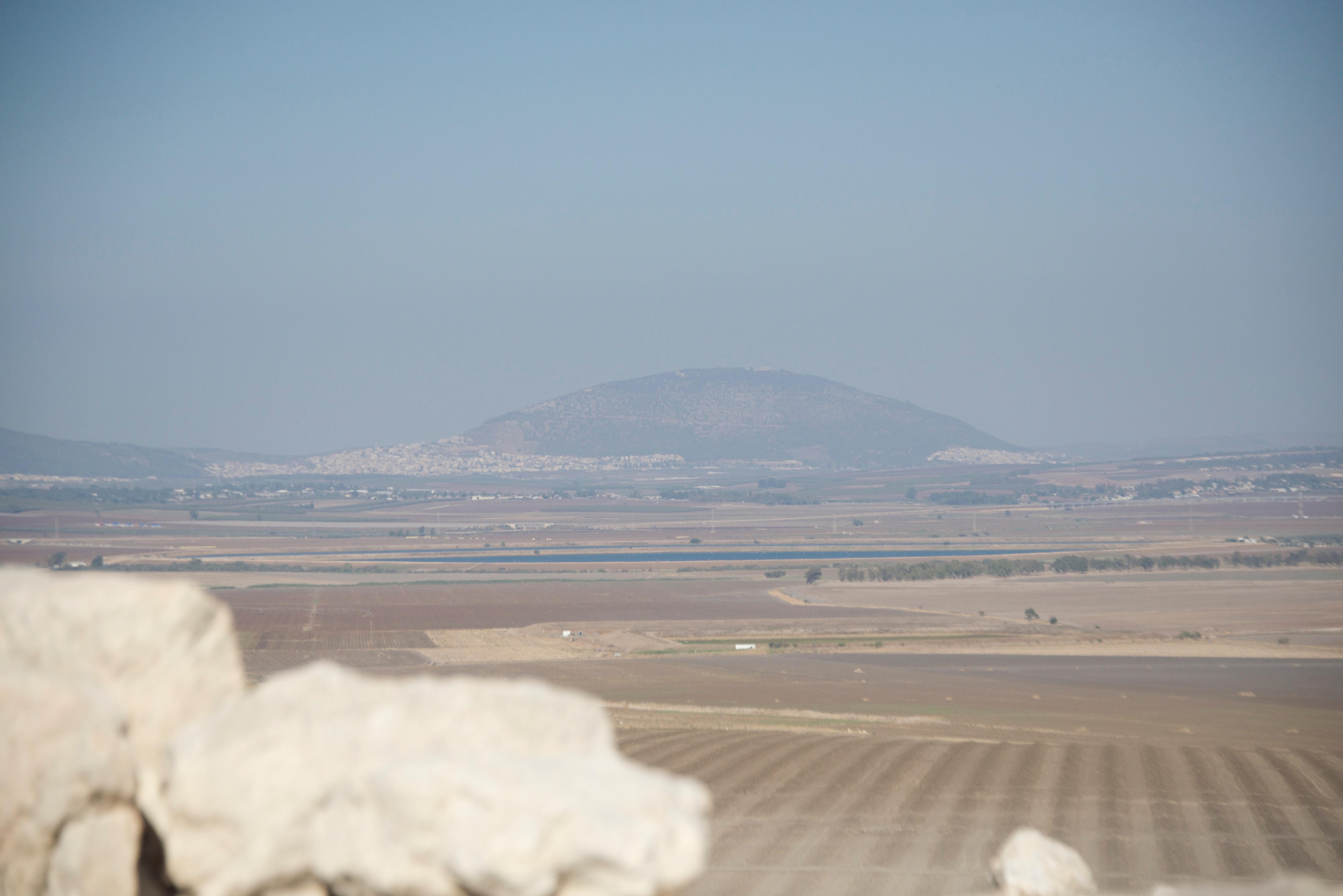 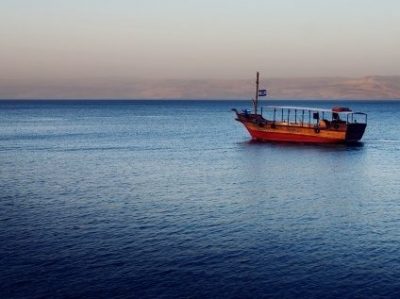 Morning
After watching the sun rise over the Sea of Galilee and enjoying a hearty breakfast we travel north through the Hulah Valley to the ancient city of Dan on the northernmost boundary of ancient Israel. Here we will encounter the  still-intact gate and fortress walls of an ancient Canaanite city. See
immense Israelite fortress walls, dwellings and gates built during the era of King Solomon, and walk around the altar and high place of King Jeroboam. It is here at Tel Dan that you will see the largest spring in the Middle East that provides water that flows down to the Sea of Galilee and the Jordan River.

Lunch and Afternoon
We will then return south to Kinneret on the Sea of Galilee to enjoy a Peter’s fish lunch at St. Peter’s Restaurant before visiting Capernaum to see the synagogue and the house of Peter, the home of the first church. We will then take a leisurely walk along the Jesus Trail, the same path Jesus walked, along the northern shore of the Sea of Galilee to find a spot to put your feet in the water and spend time with the Lord. 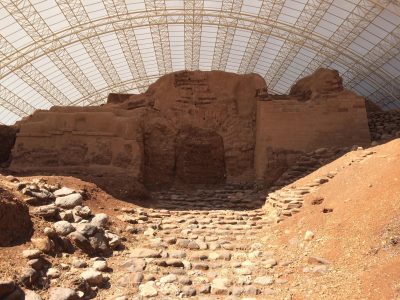 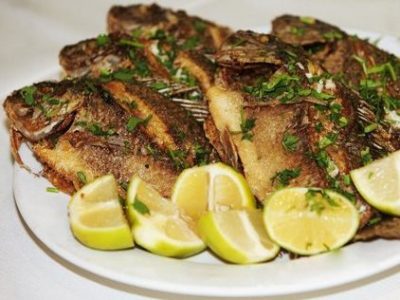 Morning
After a hearty Galilean breakfast, we will head west to the city of Nazareth where we will visit the Basilica of the Annunciation which houses Mary’s Grotto. Nazareth Village is next … a place where you will experience what it was like to live in the time of Jesus.

Lunch and Afternoon
After our Nazareth Village tour  we will enjoy a traditional meal  – like the one that Jesus would have eaten for lunch.
Returning to the Sea of Galilee we will visit the Mount of Beatitudes near Capernaum before visiting Kibbutz Museum to see an ancient Jesus Boat. Here you will also have the opportunity to do some tourist shopping. 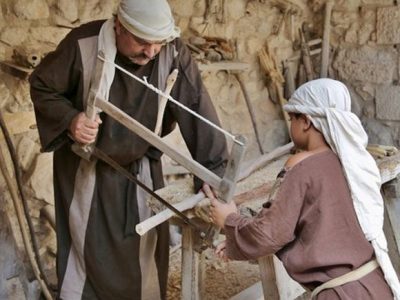 Morning
After breakfast in Tiberius, we say farewell to the Sea of Galilee and head south to Beit She’an [Roman Decapolis] near the Jordan River. This significant location was the ancient crossroad for many trade routes, especially between Egypt and northern Mesopotamia. Here we will visit ruins from the Canaanites, Israelites, Egyptians, Romans and Byzantines. There is an Egyptian governor’s house on top of the ancient ‘tel’, Roman bathhouses, colonnades and amphitheatre, a Byzantine Christian ‘baptistry’ and much more.

Lunch and Afternoon
After a lunch at Beit She’an we will travel south down the Jordan River
to visit Qum’ran where the Dead Sea Scrolls were found and see the site where the Essenes lived, learn about their many ritual baths [Mikvaot] and how John the Baptist resided there for two years.

Dinner and Evening
We will settle down at our Dead Sea accommodation for dinner and the evening. 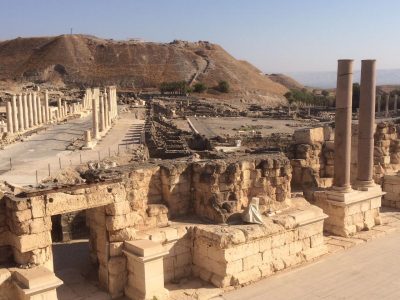 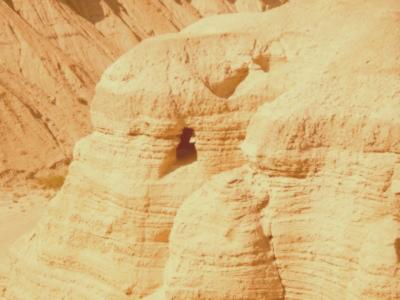 Morning
After a delicious Dead Sea breakfast we will visit Bethany Beyond Jordan where Jesus was baptised and should you choose, you too can be baptised in the Jordan River. From here we will travel to the ancient city of Jericho to explore.

Lunch and Afternoon
After lunch we will ride the cable car up to the Mount of Temptation where Jesus was tempted by the Devil and then visit Elisha’s Spring.

Dinner and Evening
We will once again return to our accommodation by the Dead Sea for a scrumptious well deserved dinner and sleep. 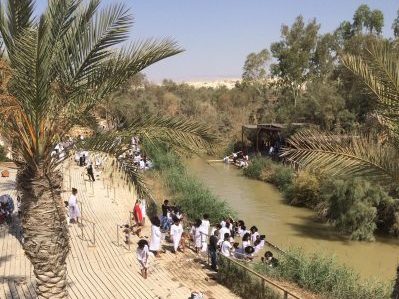 Morning
See the sunrise over the Dead Sea and enjoy breakfast followed by an opportunity to float on the Dead Sea. Then we’ll visit ancient Masada for an incredible cable car ride to the summit to take in the breathtaking view and scenery where the Jewish people took their last stand against the might of the Roman Empire. You will see their synagogue, view Roman baths, cisterns, Herod’s palace perched on three levels of cliffs and residences of later Byzantine Christianity.

Lunch and Afternoon
We’ll enjoy lunch a short distance from Masada at David’s Waterfall in the Wadi David Gorge at Ein Gedi before traveling through the ancient city of Arad in the Negev to Be’er Sheva.

Dinner and Evening
We will enjoy our Negev desert meal and evening at Be’er Sheva. 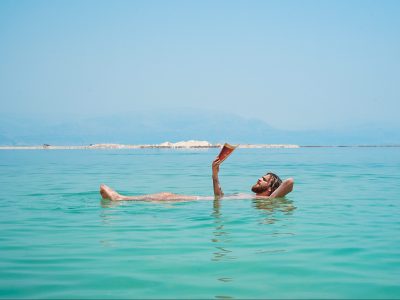 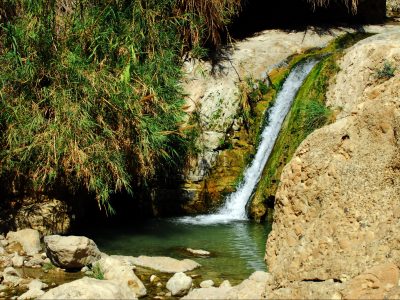 Morning
After a hearty breakfast at our hotel, our first visit will be to the ancient city (Tel) of Be’er Sheva, followed by Abraham’s Well and the Australian Soldiers Park.

Lunch and Afternoon
After lunch we will visit Bethlehem where King David and Jesus were born.  From Bethlehem we will travel the short distance to Jerusalem.

Dinner and Evening
We will have a quiet afternoon and dinner in Jerusalem before an experience not to be missed – visiting  the old city and the Western Wailing Wall at night-time. 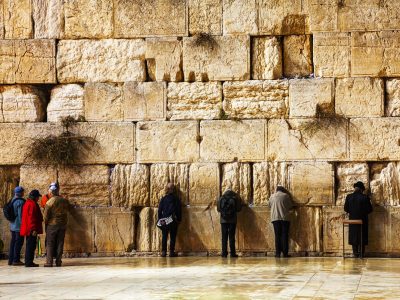 Morning
Waking up in Jerusalem and enjoying the tastes of a Jerusalem breakfast, our first destination will be David’s City, the original city of Jerusalem closely followed by a walk through King Hezekiah’s Tunnel and a visit to the Siloam Pool.

Lunch and Afternoon
It’s all yours! Free time to explore Jerusalem

Evening
In the evening we will enjoy a spectacular Light Show projected onto the ancient walls of the Tower of David next to the Jaffa Gate that depicts the full history of Jerusalem! 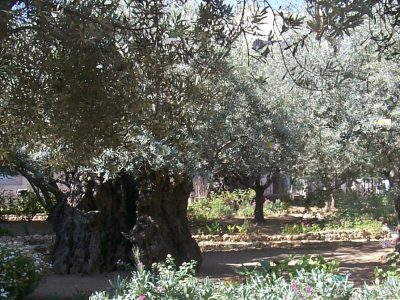 Morning
Well it’s the last day in Israel, and what better place to wake up than in Jerusalem! After our last Jerusalem breakfast, we will re-visit the old city and the Western Wailing Wall to further explore before heading out the Dung Gate to cross the Kidron Valley to the garden of Gethsemane on the Mount of Olives. Visiting the traditional site, I will also take you to an alternate location opposite the Golden Gate and explain the reason why.

Afternoon
We will then return to the Archaeological Park and Museum around the base of the Temple Mount after which you will have some free time to explore.

Finally, we will depart to Ben Gurion Airport in Tel Aviv for our evening flight out of Israel, destination home … 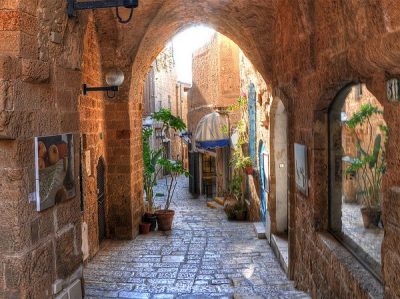 WHAT TO DO NEXT

Unlock the secrets of the Bible. Join the Torah Portion