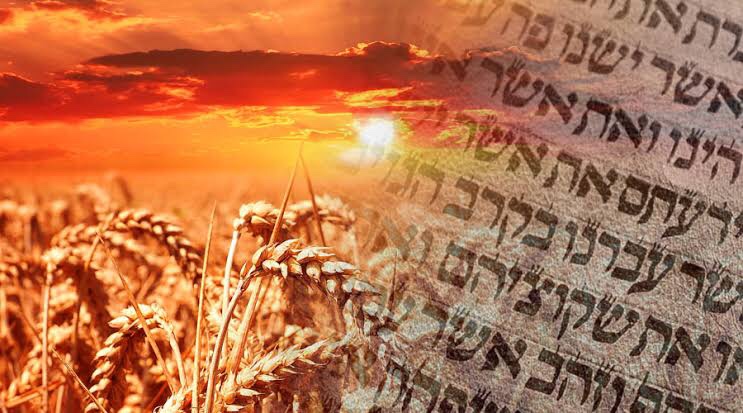 This last Sunday we celebrated the festival of Shavuot.

The name Shavuot means “weeks”, due to the fact that the holiday takes place at the end of seven weeks of counting the Omer, beginning on the evening of the second day of Passover.

Because it marks the end of the grain harvest (wheat), Shavuot is also called the Festival of Reaping, Hag Ha-Katzir. (Read more – Maybe put this as a post with a link.)

It is also known as Hag Habikurim, the Festival of the First Fruits, because in ancient times, pilgrims would go up to the Temple in Jerusalem on this festival bringing with them offerings of the newly-ripened fruits.

Yet another name is Hag Matan Torah, the Festival of the Giving of the Torah, because according to tradition, the Torah was given on Mt. Sinai on this date.

In the New Testament it is called Pentecost (count 50), the day the Holy Spirit was sent as the sign of the New Covenant.

The first disciples of Jesus experienced a sound from heaven like a rushing mighty wind and divided tongues, as of fire, sitting upon each of them and they were all filled with the Holy Spirit and began to speak with other tongues, as the Spirit gave them utterance.

They then went out with boldness to declare the gospel.

We hope you had a blessed and joyous holiday on Sunday!