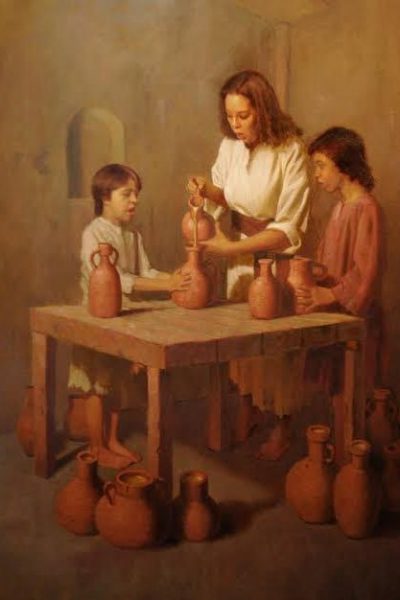 #91 – Some Of The Sons Of The Prophets Were Married

By Greg CummingNovember 25, 2018October 22nd, 2021No Comments
Watch This Message

We are looking at this group called the SONS OF THE PROPHETS at BETHEL.

Did you know that some of the SONS OF THE PROPHETS were MARRIED with children?

2 Kings 4:1 A certain woman of the WIVES OF THE SONS OF THE PROPHETS cried out to Elisha, saying, “Your servant MY HUSBAND is dead, and you know that your servant feared the Lord. And the creditor is coming to take my two sons to be his slaves.”

Here we see that this particular member of the guild of prophets in the region around Bethel had a wife and children. Clearly he had a home where she and the children lived while he studied and trained in the guild as a prophet.
Presumably he worked and also had a source of income but had not done well financially and now he had died and left a debt, and by the sound of it, a big debt. It was certainly a debt that was big enough that this precious woman could not find a way to repay it. There was no social security system. There were no jobs. So how could her debt ever be repaid.

In these days, an outstanding debt could be paid by the taking of children to be slaves.
This member of the son of the prophets had been a God-fearing man and had dedicated his life to the formal pursuit of God but when he unexpectedly died, he had left his wife in a very desperate situation.

When the people she owed the money to came and threatened to take her children as slaves, she went straight to the Master Prophet Elisha.

He straight away activated the ‘principle of asking’ by CLARIFYING WHAT SHE WAS WANTING.
And then finding out WHAT SHE ALREADY HAD on hand so as to utilise it.
And then ACTIVATING HER FAITH by GETTING HER TO DO SOMETHING with what she had. (Remember he had learned this from Elijah).

2 Kings 4:2 So Elisha said to her, “WHAT SHALL I DO FOR YOU? Tell me, WHAT DO YOU HAVE IN THE HOUSE?” And she said, “Your maidservant has nothing in the house but a JAR OF OIL.”
3 Then he said, “GO, BORROW VESSELS from everywhere, from all your neighbours—empty vessels; do not gather just a few.
4 And when you have come in, you shall shut the door behind you and your sons; then pour it into all those vessels, and set aside the full ones.”
5 So SHE WENT FROM HIM and shut the door behind her and her sons, who brought the vessels to her; and she poured it out.
6 Now it came to pass, when the vessels were full, that she said to her son, “Bring me another vessel.”
And he said to her, “There is not another vessel.” So the oil ceased.
7 Then she came and told the man of God. And he said, “Go, SELL THE OIL AND PAY YOUR DEBT; and you and your sons live on the rest.”

I won’t go into the actual miracle here except to say that Elisha helped this widow and mother. Her husband had been a man from the SONS OF THE PROPHETS around the area of BETHEL.

So there we see that the SONS OF PROPHETS were normal young men, some of whom had their own wives and families.
And the Master prophet was like a father to them and their families.

Do you have a person who is mentoring you at the moment in the things of the Kingdom of God? Someone that you and your family look up to?
Do you think it is of value to have a person in your life to learn from?