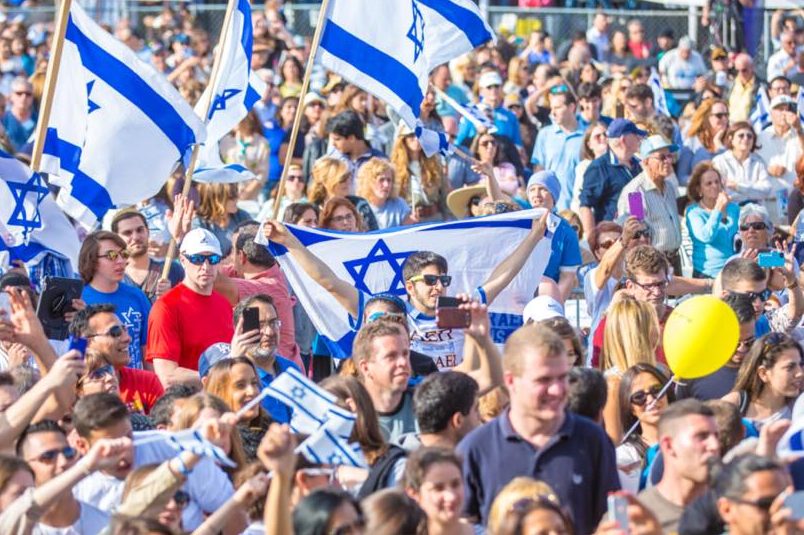 The Father’s Love For The Jewish People

Did you know that the CORE of GOD’S AFFECTION IS FOR THE JEWISH PEOPLE?

Here we will see that God CHOSE them, SET HIS LOVE  upon them and KEPT AN OATH with them.

Deuteronomy 7:6 “For you are a holy people to the Lord your God; the Lord your God CHOSEN YOU TO BE A PEOPLE FOR HIMSELF, a special treasure above all the peoples on the face of the earth.
7 The Lord did not SET HIS LOVE ON YOU nor choose you because you were more in number than any other people, for you were the least of all peoples;
8 but because the Lord LOVES YOU, AND BECAUSE HE WOULD KEEP THE OATH which He swore to your fathers, the Lord has brought you out with a mighty hand, and redeemed you from the house of bondage, from the hand of Pharaoh king of Egypt.

They are CHOSEN PEOPLE, a LOVED PEOPLE  and this love that He has for them is LINKED TO A COVENANT. The covenant of course is the covenant that God “CUT” with Abram. The Abrahamic Covenant.

Paul the apostle wanted the Gentile believers to understand that the ABRAHAMIC COVENANT IS THE PREVAILING COVENANT even AFTER JESUS HAD BEEN CRUCIFIED AND RESURRECTED.

Galatians 3:15 Brethren, I speak in the manner of men: Though it is only a man’s covenant, yet if it is confirmed, no one annuls or adds to it.
16 Now to Abraham and his Seed were the promises made. He does not say, “And to seeds,” as of many, but as of one, “And to your Seed,” who is Messiah.
17 And this I say, that THE LAW, which was four hundred and thirty years later, CANNOT ANNUL THE COVENANT THAT WAS CONFIRMED BEFORE BY GOD IN MESSIAH, that it should make the promise of no effect.
18 For if the inheritance is of the law, it is no longer of promise; but God GAVE IT TO ABRAHAM BY PROMISE.

Paul’s great point here is that THE ABRAHAMIC COVENANT IS STILL ALIVE AND WELL!

What does that mean for Christians? It means that the covenant that we are connected to God with is THE ABRAHAMIC COVENANT.

God has made it easy for us to remember this scripture because it has two 31s.
Jeremiah 31:31 “Behold, the days are coming, says the Lord, when I WILL MAKE A NEW COVENANT with the HOUSE OF ISRAEL AND WITH THE HOUSE OF JUDAH—

And secondly it is the CONFIRMATION BY God – of the Covenant that He made with Abram.
Genesis 15:4 And behold, the word of the Lord came to him, saying, “This one shall not be your heir, but one who will come from your own body shall be your heir.”
5 Then He brought him outside and said, “Look now toward heaven, and count the stars if you are able to number them.” And He said to him, “SO SHALL YOUR SEED BE.”

Who was the Seed?
Jesus the Promised Messiah to the Jewish people.
Jesus fulfilled the Covenant promise that God made to Abram.
And because of this Covenant, God loves and showers His affection on His nation.

Yes GOD LOVES THE JEWISH PEOPLE AFFECTIONATELY.
And if for no other reason, Christians should love the Land and the people of Israel because the Lord does.