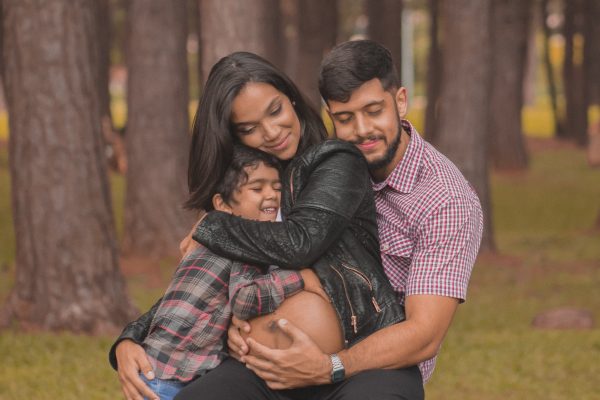 #81 – Turning The Hearts Of Fathers And Children

By Greg CummingNovember 6, 2018December 2nd, 2018No Comments
Watch This Message

So Elisha wanted a DOUBLE PORTION OF THE SPIRIT OF ELIJAH.

But do you think that Elisha was thinking “If I can just get a double portion of Elijah’s SPIRIT, I’ll be able to call down fire and judge kings and nations.”

I don’t think so. I think that Elisha had picked up Elijah’s SPIRIT by walking with him and he discovered something that most people didn’t know. The Bible has much to say on what the SPIRIT OF ELIJAH really is.

Luke 1:13 But the angel said to him, “Do not be afraid, Zacharias, for your prayer is heard; and your wife Elizabeth will bear you a son, and you shall call his name John.
14 And you will have joy and gladness, and many will rejoice at his birth.
15 For he will be great in the sight of the Lord, and shall drink neither wine nor strong drink. He will also be filled with the Holy Spirit, even from his mother’s womb.
16 And he will TURN MANY OF THE CHILDREN OF ISRAEL TO THE LORD THEIR GOD.
17 He will also go before Him IN THE SPIRIT AND POWER OF ELIJAH, ‘TO TURN THE HEARTS OF THE FATHERS TO THE CHILDREN,’ AND THE DISOBEDIENT TO THE WISDOM OF THE JUST, TO MAKE READY A PEOPLE PREPARED FOR THE LORD.”

Can you start to see a pattern when we talk about the SPIRIT of Elijah?

The heart of the ministry of Elijah was not an angry prophet decreeing droughts and killing heathen prophets, it was to TURN THE HEARTS OF PEOPLE BACK TO GOD to prevent them coming under a curse and ruining their lives.

The SPIRIT of Elijah is the very HEART OF GOD THE FATHER.

Look at what the world is valuing at the moment.

I think a casual observer would notice that it is consumed with a decay of the FATHER.
In fact the attack has been unrelenting and purposeful and successful.
Destroy the Fathers.
Destroy the reputation of men in general. Make them look weak, insecure and insipid and then begin to question gender and sexual tendencies.
Traditional marriage between a man and a woman as decreed by God is then eroded.
The importance of a father’s role in the family is undermined and then various forms of unbiblical marriage is firstly allowed and then legalised.
Then close on the heels comes the women’s rights campaign (which by the way has always been God the Father’s heart) but now to the demonic extreme where the wholesale murder of infants (ironically including little girls) becomes legalised and even government funded.
This is closely followed by the ‘legalised’ death of the elderly or any form of Euthanasia.
Sound familiar?

Unfortunately there is nothing new under the sun.

This is old fashioned traditional Canaanite Baal (demon) worship which God hates so much. The devil hasn’t changed his strategy and people haven’t changed their gullibility.
He finds a strong woman, for example Jezebel, who marries a weak-willed but powerfully positioned man and then she and her ungodly female new-age priestesses start to turn the hearts of people away from Yahweh.
They begin to deride men.
They begin to question sexuality.
They start to then question marriage as they exalt female rights.
Biblical marriage is then abandoned for legalised same-sex formalised relationships – if possible called marriage.
Then comes the sacrifice of infants.
After this the murder of the elderly.
This is all called Baal worship. Satan worship.
The end of this is a curse and disaster and the moral, ethical and ultimate decay of a nation that embraces it.

And the SPIRIT of Elijah was to STOP IT!

It is to avert disaster and bring the blessing of God.

A return to the Bible – God’s Word and His instruction.
A return to God Himself.
A return to marriage where the man is both husband and father and is the head of the home just as Jesus is the head of the church.
Where God and His love is at the centre of the home and community.
Where there is clear gender identity, clear marriage definition.
Where children inside the womb are valued and safe and desired, and
Where the elderly are honoured and respected.

So this is Elijah’s SPIRIT. This is what Elisha wanted.
And he wanted a DOUBLE PORTION OF ELIJAH’S SPIRIT because he knew it was a big responsibility and that he would need to to finish the job.

Elijah’s dream to see Jezebels kingdom ultimately brought an end did occur but it came after he left this earth in a fiery chariot. Jezebel was finally removed under the tenure and ministry of Elisha (who had the DOUBLE PORTION OF ELIJAH’S SPIRIT) even though Israel would suffer for it’s abandonment from God.

We often preach about Elijah as the fiery prophet who called down fire (just as Jesus disciples thought), but actually he was a wonderful man of God, with a beautiful soft spirit, aching to see people like Jezebel stopped from turning people away from the Lord and their own fathers, husbands and men and the Lord restored to His rightful place of worship, and men and fathers restored to their rightful place in God’s community.

And God gave him incredible power to do that!