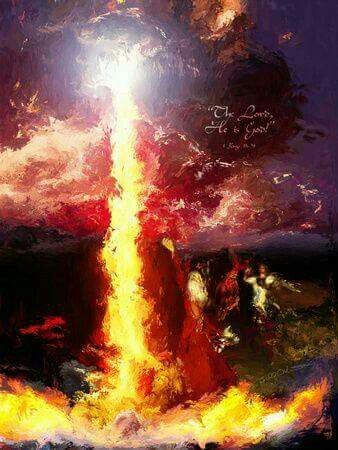 By Greg CummingNovember 4, 2018October 22nd, 2021No Comments
Watch This Message

So Elisha wanted a DOUBLE PORTION OF THE SPIRIT OF ELIJAH.

What do you think that looked like? A tough, gnarly, gruff prophet who tracked the countryside and delivered harsh prophecies and killed false prophets?

2 Kings 1:7 Then he said to them, “What kind of man was it who came up to meet you and told you these words?”
8 So they answered him, “A hairy man wearing a leather belt around his waist.”
And he said, “It is Elijah the Tishbite.”
9 Then the king sent to him a captain of fifty with his fifty men. So he went up to him; and there he was, sitting on the top of a hill. And he spoke to him: “Man of God, the king has said, ‘Come down!’ ”
10 So Elijah answered and said to the captain of fifty, “If I am a man of God, then LET FIRE COME DOWN FROM HEAVEN AND CONSUME YOU and your fifty men.” And FIRE CAME DOWN FROM HEAVEN and consumed him and his fifty.

But people have inadvertently thought that this was a sign of his SPIRIT. A harsh, judgemental old prophet. Even the disciples of Jesus thought this and Jesus had to correct them.

Luke 9:52 and sent messengers before His face. And as they went, they entered a village of the Samaritans, to prepare for Him.
53 But they did not receive Him, because His face was set for the journey to Jerusalem.
54 And when His disciples James and John saw this, they said, “Lord, DO YOU WANT US TO COMMAN FIRE TO COME DOWN FROM HEAVEN AND CONSUME THEM, JUST AS ELIJAH DID?”
55 But He turned and rebuked them, and said, “You DO NOT KNOW WHAT MANNER OF SPIRIT YOU ARE OF.
56 For the Son of Man did not come to destroy men’s lives but to save them.” And they went to another village.

That was NOT Elijah’s SPIRIT.

Few know that Elijah was a letter writer. Here is a letter he wrote to King Jehoram of Judah.

2 Chronicles 21:12 And a letter came to him from Elijah the prophet, saying, “Thus says the Lord God of your father David: Because you have not walked in the ways of Jehoshaphat your father, or in the ways of Asa king of Judah,
13 but have walked in the way of the kings of Israel, and have made Judah and the inhabitants of Jerusalem to play the harlot like the harlotry of the house of Ahab, and also have killed your brothers, those of your father’s household, who were better than yourself,
14 behold, the Lord will strike your people with a serious affliction—your children, your wives, and all your possessions;
15 and you will become very sick with a disease of your intestines, until your intestines come out by reason of the sickness, day by day.

Was it Elijah’s SPIRIT to bring condemnation upon Kings and nations?

No. The scripture tells us exactly what the SPIRIT of Elijah was like and I think you will be very touched.

We’ll look at it next time.