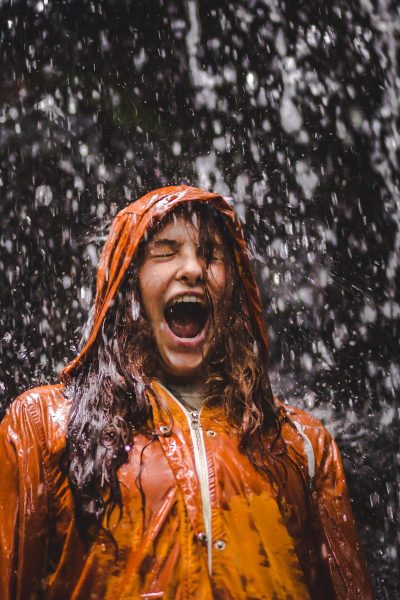 2 Kings 2:9 And so it was, when they had crossed over, that Elijah said to Elisha, “ASK! WHAT MAY I DO FOR YOU, BEFORE I AM TAKEN AWAY FROM YOU?”
Elisha said, “Please let A DOUBLE PORTION OF YOUR SPIRIT BE UPON ME.”
10 So he said, “You have asked a HARD THING. Nevertheless, IF YOU SEE ME WHEN I AM TAKEN FROM YOU, IT SHALL BE SO for you; but if not, it shall not be so.”

I am sure that Elisha had been wondering about what he really wanted ever since Elijah came by his farm and threw his mantle over him. After burning his yokes and killing his oxen and removing himself from his former life, I am sure that he had been wondering “What have I done?” as he wandered with this gnarly old Master Prophet across the countryside.
I don’t imagine that Elijah was the most outgoing and talkative of men, so there was plenty of time for Elisha to pray and think as they wandered the lonely tracks in the mountains of Ephraim. I am sure the thought, “If he asks me what I want, what should I say?” had filled his thoughts more than once. So when Elijah eventually asked him the question, I don’t think Elisha ‘ummed’ and ‘aahed’. I think the idea of the DOUBLE PORTION was well formed in his mind and I would go so far as to say that the Spirit of the Lord had guide him in his thoughts. I can even imagine that he and Elijah had probably discussed this principle around a camp fire or two.

“ASK! WHAT MAY I DO FOR YOU…”
“Please let a DOUBLE PORTION of your spirit be upon me.”

There are many thoughts on what the DOUBLE PORTION is.

The first mention of the DOUBLE PORTION is from the Law of Moses when Moses explains the rules around the FIRSTBORN SON – essentially receiving an inheritance of twice what every other son received simply because he had twice the authority and responsibility to look after the family.

Deuteronomy 21:17 But he shall acknowledge the son of the unloved wife as the firstborn by giving him A DOUBLE PORTION OF ALL THAT HE HAS, for he is the beginning of his strength; the right of the firstborn is his.

Elisha knew the law. Therefore by asking for a DOUBLE POTION, he was asking for the FIRSTBORN SON rights to the MANTLE ANOINTING as the incoming MASTER PROPHET.

But did Elisha see Elijah as a FATHER figure in his asking for FIRSTBORN rights?

Well in a spiritual sense – yes of course he did. Elijah was Elisha’s mentor, his master prophet, his teacher, his Rabbi and the father/ son relationship was exactly the type of relationship they had. They walked and lived and ate and ministered together.

In fact as Elijah was being taken in the fiery chariot, Elisha saw it and called out “MY FATHER, MY FATHER, THE CHARIOT OF ISRAEL AND IT’S HORSEMEN!”

So I believe that there certainly was an aspect to Elisha’s request for the DOUBLE PORTION that understood the law around the firstborn son betting a double amount -in order to carry out the responsibility of carrying on the work.

Some say that the DOUBLE PORTION refers to Elisha receiving the ability to perform double the quantity of the miracles that Elijah performed.

It is true that Elisha went out in the power and anointing of Elijah and it is recorded that he performed TWICE AS MANY MIRACLES as Elijah – if you include the post humous miracle of the dead body coming back to life when it touched Elisha’s bones.

So yes, if it is power that Elisha was asking for when he asked for the DOUBLE PORTION, then he certainly received it when Elijah left.

What do you think Elisha was asking for when he asked for the DOUBLE PORTION?