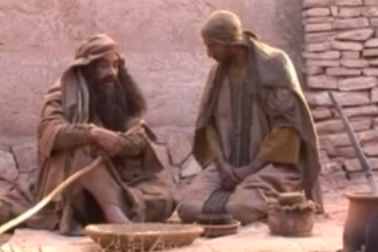 Elijah is about to leave this world and it is time to get his affairs in order. One of those last things he must do is to prompt his successor to ASK for what he wants.

Yes you heard it right.
Elijah had to promote the “Principle of ASKING” for what he wanted – specifically.

Jesus taught this to His disciples,
Luke 11:9 “So I say to you, ASK, AND IT WILL BE GIVEN TO YOU; seek, and you will find; knock, and it will be opened to you.
10 For EVERYONE WHO ASKS RECEIVES, and he who seeks finds, and to him who knocks it will be opened.

Jesus showed the power of identifying what you want and asking for it when He called for a blind man to be brought to Him. The blind man had been calling out to him.

Mark 10:49 So Jesus stood still and commanded him to be called. Then they called the blind man, saying to him, “Be of good cheer. Rise, He is calling you.”
50 And throwing aside his garment, he rose and came to Jesus.
51 So Jesus answered and said to him, “WHAT DO YOU WANT ME TO DO FOR YOU?”

This seems so strange a thing to ask when the man was obviously blind. But Jesus knew the ‘Principle of Asking’.

The blind man said to Him, “Rabboni, that I may receive my sight.”
52 Then Jesus said to him, “Go your way; YOUR FAITH HAS MADE YOU WELL.” And immediately he received his sight and followed Jesus on the road.

When he went to the widow of Zarephath who was gathering sticks to prepare her last meal.

And once she had activated her faith by giving the thing she had on hand, the power of God came upon her and she survived the drought in relative ease because of that request from Elijah.

The “Principle of asking” by faith is a HEAVEN – OPENER. Not only for yourself but for everyone around you. But MAKE THE REQUEST – because it is a principle of the Kingdom.

Now Elijah knew that Elisha had to be prompted to ask.

2 Kings 2:9 And so it was, when they had crossed over, that Elijah said to Elisha, “ASK! WHAT MAY I DO FOR YOU, BEFORE I AM TAKEN AWAY FROM YOU?”

Elijah commanded Elisha “ASK!
This was an activating command to jolt Elisha into the state of FAITH.

Ah the power of asking the Lord. Not pleading, not crying – but asking by faith.

Here’s a question for you?
What do you want from the Lord that is related to God and His Kingdom?
Why not spend some time in prayer and ASK Him right now!