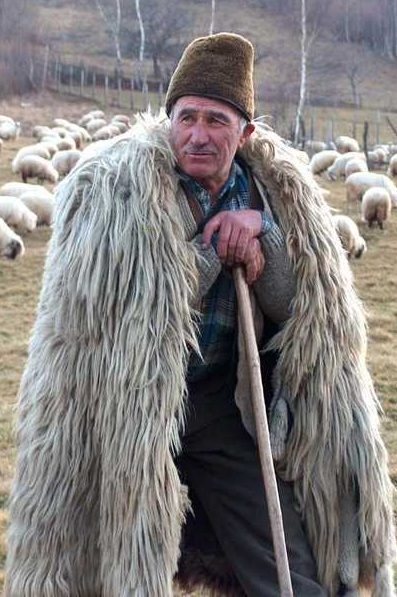 #76 – The Mantle of the Master Prophet

It is time for the MASTER PROPHET to move on – his time on this earth is now complete.
How does the transfer of this important role take place?

Elijah and Elisha stood beside the Jordan River near Gilgal with the SONS OF THE PROPHETS standing near by watching them.

2 Kings 2:8 Now Elijah TOOK HIS MANTLE, rolled it up, and STRUCK THE WATER; and it was divided this way and that, so that the two of them crossed over on dry ground.

Oh that MANTLE, that ragged piece of hairy cloth.

In Hebrew it is:

????????????
adartow
Most likely a camel or goat skin outer garment, a rudimentary cloak bound to Elijah’s waste with a strip of leather.

2 Kings 1:7 Then he said to them, “What kind of man was it who came up to meet you and told you these words?”
8 So they answered him, “A HAIRY MAN WEARING A LEATHER BELT AROUND HIS WAIST.”
And he said, “It is Elijah the Tishbite.”

1 Kings 19:13 So it was, when Elijah heard it, that he WRAPPED HIS FACE IN HIS MANTLE (adartow) and went out and stood in the entrance of the cave. Suddenly a voice came to him, and said, “What are you doing here, Elijah?”

1 Kings 19:19 So he departed from there, and found Elisha the son of Shaphat, who was plowing with twelve yoke of oxen before him, and he was with the twelfth. Then Elijah passed by him and THREW HIS MANTLE (adartow) on him.

In other scriptures it is linked to the word “hairy” as in “hairy like a garment”. In particular, a coarse-hair garment.

Genesis 25:25 And the first came out red. He was like a HAIRY (se-ar) GARMENT (ke-aderet) all over; so they called his name Esau.

Zechariah 13:4 “And it shall be in that day that every prophet will be ashamed of his vision when he prophesies; they will not wear a COARSE-HAIR ROBE (se-ar aderet) to deceive.

In the New Testament we find an Elijah type character burst onto the scene in the exact same location as Elijah and Elisha now stood. We will talk more about him later, but for now we will say that he is very much linked with the MASTER PROPHET ELIJAH – even down to his clothing.

Mark 1:4 John came baptising in the wilderness and preaching a baptism of repentance for the remission of sins.
5 Then all the land of Judea, and those from Jerusalem, went out to him and were all BAPTISED BY HIM IN THE JORDAN RIVER, confessing their sins.
6 Now John was CLOTHED WITH CAMEL’S HAIR and with A LEATHER BELT AROUND HIS WAIST, and he ate locusts and wild honey.

Yohanan son of Zacarias, Yohanan haMatbil, or John the Baptist as we know him, wore a garment surprisingly like the description of Elijah’s mantle and he ministered surprisingly in the same manner as Elijah.

Oh the MANTLE of the Lord. That point of contact for the calling and the anointing of the Lord, and the miracles of the Lord.

For Moses it was his staff.
For Aaron it was the Ephod.
For Samson, it was his uncut hair.
For a young King David it was a sling and later his harp.
For the nation of Israel it was circumcision.

But for Elijah it was a piece of hairy cloth.
And Elisha wanted that MANTLE more than money, more than anything else.
He also knew that it could only be bestowed upon him by God through this prophet.
It could not be bought.
It could not be stolen.
It was something that God chose.