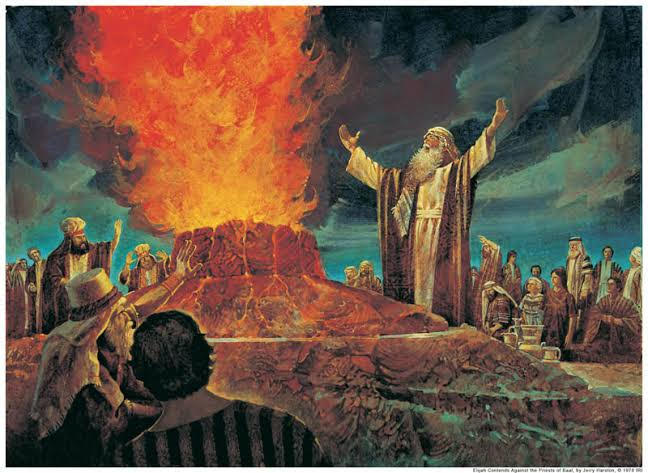 We are looking at the group called the SONS OF THE PROPHETS who were at BETHEL. We have discovered that it was most likely Samuel the prophet who began a group of trainee prophets – disciples, but by the days of Elijah and Elisha, the groups had grown in number and were located in various places.

So who was ultimately responsible for training these young men?

The ‘SONS OF THE PROPHETS’ were part of a special school or guild that was OVERSEEN BY ONE SENIOR PROPHET who was referred to as ‘MASTER’.

2 Kings 2:3,5 “Do you know that the Lord will take away YOUR MASTER from over you today?”

The MASTER PROPHET was no ordinary prophet. He was often used by God to bring a word to the nation of Israel and other nations. He had an anointing to see the future, create cosmic changes, call for drought or rain and perform great miracles – as well as provide the training for the next rank of prophets – the SONS OF THE PROPHETS.

For example look at God’s instruction to the MASTER PROPHET Elijah.

1 Kings 19:15 Then the Lord said to him (Elijah): “Go, return on your way to the Wilderness of Damascus; and when you arrive, ANOINT HAZAEL AS KING OVER SYRIA.
16 Also you shall ANOINT JEHU THE SON OF NIMSHI AS KING OVER ISRAEL.

It is worth noting that none of these MASTER PROPHETS were in the royal lineage of the Messiah, as were Judah, Jesse, King David, the Kings of Judah and Jesus.

Rather these people were from OUTSIDE the royal bloodline.

So how were these MASTER PROPHETS chosen in the Bible?

When the previous Master prophet finished his ministry, usually when he died (or in Elijah’s case was taken up in a fiery chariot), how was the next MASTER PROPHET selected to take his place?

How does this compare with how God picks leadership in the Bible?

In the next post we will look at how the NEW MASTER for the SONS OF THE PROPHETS at BETHEL was chosen by God.