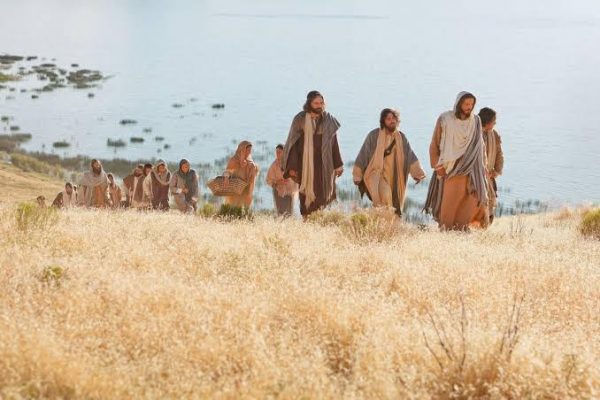 We are looking at the group of young men who appeared at Bethel called the ‘SONS OF THE PROPHETS’.
Where did they come from? Who are they?

This group of prophets first appears in the days of the prophet Samuel.

Samuel was a judge in Israel as we discovered earlier and he operated in the region around his home in RAMAH.

1 Samuel 7:15 And Samuel judged Israel all the days of his life.
16 He went from year to year ON A CIRCUIT TO BETHEL, GILGAL and MIZPAH and judged Israel in all those places.
17 But he always returned to RAMAH, FOR HIS HOME WAS THERE.
THERE HE JUDGED ISRAEL, and THERE HE BUILT AN ALTAR to the Lord.

At the time that Samuel appointed Saul from the tribe of Benjamin as the first King of Israel, we discover the existence of a group of young men who were apparently in training as prophets.

It is most likely that Samuel had instigated a “school” for training young men from his region and was teaching them how to seek God and how to hear Him and to interpret what they were hearing.

1 Samuel 10:1 Then Samuel took a flask of oil and poured it on his (Saul’s) head, and kissed him and said: “Is it not because the Lord has anointed you commander over His inheritance?
2 When you have departed from me today, you will find two men by Rachel’s tomb in the TERRITORY OF BENJAMIN AT ZELZAH; and they will say to you, ‘The donkeys which you went to look for have been found. And now your father has ceased caring about the donkeys and is worrying about you, saying, “What shall I do about my son?” ’
3 Then you shall go on forward from there and come to the TEREBINTH TREE OF TABOR. There THREE MEN GOING UP TO GOD AT BETHEL will meet you, one carrying three young goats, another carrying three loaves of bread, and another carrying a skin of wine.
4 And they will greet you and give you two loaves of bread, which you shall receive from their hands.
5 After that you shall come TO THE HILL OF GOD WHERE THE PHILISTINE GARRISON IS. And it will happen, when you have come there to the city, that YOU WILL MEET A GROUP OF PROPHETS coming down from the high place with a stringed instrument, a tambourine, a flute, and a harp, and THEY WILL BE PROPHESYING.
6 Then the SPIRIT OF THE LORD WILL COME UPON YOU AND YOU WILL PROPHESY WITH THEM and be turned into another man.
7 And let it be, when these signs come to you, that you do as the occasion demands; for God is with you.
8 You shall GO DOWN BEFORE ME TO GILGAL; and surely I will come down to you to offer burnt offerings and make sacrifices of peace offerings. Seven days you shall wait, till I come to you and show you what you should do.”
9 So it was, when he had turned his back to go from Samuel, that God gave him another heart; and all those signs came to pass that day.
10 When they came there to the hill, THERE WAS A GROUP OF PROPHETS TO MEET HIM; then the Spirit of God came upon him, and HE PROPHESIED AMONG THEM.
11 And it happened, when all who knew him formerly saw that HE INDEED PROPHESIED AMONG THE PROPHETS, that the people said to one another, “What is this that has come upon the son of Kish? IS SAUL ALSO AMONG THE PROPHETS?”
12 Then a man from there answered and said, “But who is their father?” Therefore it became a proverb: “Is Saul also among the prophets?”
13 And when he had finished prophesying, HE WENT TO THE HIGH PLACE.

Let’s understand this scripture.
Samuel anoints Saul to be Israel’s first king.
He sends him in the direction of Zelzah and then the TEREBINTH TREE OF TABOR.
This was a well known tree (called an oak tree in many English versions of the Bible) which was down the slope from BETHEL towards the Jordan valley.

Genesis 35:8 Soon after this, Rebekah’s old nurse, Deborah, died. She was buried beneath THE OAK TREE IN THE VALLEY BELOW BETHEL. Ever since, the tree has been called Allon-bacuth (which means “oak of weeping”).

There Saul meets 3 men who are GOING UP TO GOD AT BETHEL. Why is God up the hill at Bethel? Because that is the famous place where God appears to people. Where Abram stopped and built an altar and called upon the name of the Lord and where Jacob had a vision of the open heaven and a stairway with angels ascending and descending and also built an altar.

Saul then went up to the HILL OF GOD where the Philistine Garrison was.

The Philistines were apparently accommodating of the Israelites and in this city provided a blacksmith service to sharpen their farming tools for a price.

1 Samuel 13:19 Now there was no blacksmith to be found throughout all the land of Israel, for the Philistines said, “Lest the Hebrews make swords or spears.”
20 But all the Israelites would GO DOWN TO THE PHILISTINES to sharpen each man’s plowshare, his mattock, his ax, and his sickle;
21 and the charge for a sharpening was a pim for the plowshares, the mattocks, the forks, and the axes, and to set the points of the goads.

So where was this hill where the Philistine garrison was? Where was it? It was called GEBA.

1 Samuel 13:3 And Jonathan attacked the GARRISON OF THE PHILISTINES THAT WAS IN GEBA,

Which high place? It’s hard to say. There was a high place in GEBA, BETHEL and RAMAH.

Regardless of where they came from, these young men with their musical instruments had just been up to the high place to worship God – just like people do today.

They all went up the mountain, sat down near the natural formations that identified the correct spot, and played their stringed instrument, their tambourine, flute and harp.

Sounds like a modern worship time and a prayer meeting to me, though today we’d have a guitar, a tambourine, a flute and maybe a violin or some kind of mobile keyboard.

Was this GROUP OF PROPHETS known to Samuel?
Of course. He was their leader.

1 Samuel 19:18 So David fled and escaped, and went to Samuel at Ramah, and told him all that Saul had done to him. And he and Samuel went and stayed in Naioth.
19 Now it was told Saul, saying, “Take note, David is at Naioth in Ramah!”
20 Then Saul sent messengers to take David. And when they saw THE GROUP OF THE PROPHETS PROPHESYING, and SAMUEL AS LEADER OVER THEM, the SPIRIT OF GOD CAME UPON the messengers of Saul, and THEY ALSO PROPHESIED.

From this we presume that Samuel, the resident judge and prophet was TRAINING THESE YOUNG MEN to seek the Lord and teaching them to prophesy – an ancient SCHOOL OF YOUNG MEN SUBMITTED TO THE PROPHETS or ‘SONS OF THE PROPHETS.’

Have you ever been in a Bible college? What did that look like? A classroom and a white board?
Lots of books to study? Lots of homework?

We’ll have a look in the next post how the idea of a group of young trainee prophets from near Ramah (Samuel’s home), became several groups of prophets all around the region including Bethel.