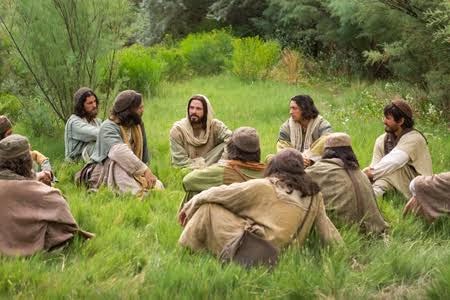 In our look at Bethel as a significant place on the map for Abram’s descendants, we see that Bethel had another interesting aspect. In the days of the judges and kings of Israel, it was renowned to have a school of the prophets – or ‘the sons of the prophets’.

2 Kings 2:3 Now the SONS OF THE PROPHETS WHO WERE AT BETHEL came out to Elisha, and said to him, “Do you know that the Lord will take away your master from over you today?”

So who were the “SONS OF THE PROPHETS”?

The term ‘SONS OF THE PROPHETS’ does not indicate physical sons or descendants but rather it is a technical term representing a member of a school, or company or guild, but the implication of the word ‘sons’ is that these were younger men, or novices; junior to more senior or experienced prophets.

For more understanding it could be said that these were a ‘group or school of trainee prophets under senior prophets’. They were submitted to and learnt from a master prophet in a very personal relationship – like a son to a father.

Does this sound a bit like a small band of 12 young trainees who travelled with a master teacher/prophet?

The term ‘SONS OF THE PROPHETS’ is more easily understood as DISCIPLES OF THE PROPHETS.
So where did this group of young men that were at Bethel come from?
Why were they there? Who started this group?
We’ll look more deeply into this next time.

Have you ever prophesied? Some people say that prophecy ceased with the 12 disciples after Jesus’ resurrection.
What do you think?