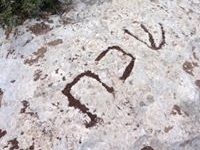 By Greg CummingSeptember 21, 2018October 22nd, 2021No Comments
Watch This Message

Do you own your own land? If you do then you will know how important the boundary markers are.

In this post, we are fast forwarding from Jacob’s time to the time when Joshua is coming back into the land with the children of Israel. Great battles have taken place over a period of 40 years and the Canaanites have been subdued. And now it is time to divide up the land.

Because God gave this land to the children of Israel forever, and because there were 12 tribes, the land had to be allocated in accordance to the Lord’s will.

Joshua 18:1 Now the whole congregation of the children of Israel assembled together at Shiloh, and set up the tabernacle of meeting there. And the land was subdued before them.
2 But there remained among the children of Israel seven tribes which had not yet received their inheritance.
3 Then Joshua said to the children of Israel: “HOW LONG WILL YOU NEGLECT TO GO AND POSSESS THE LAND WHICH THE LORD GOD OF YOUR FATHERS HAS GIVEN YOU?
4 Pick out from among you three men for each tribe, and I will send them; they shall rise and go through the land, SURVEY IT ACCORDING TO THEIR INHERITANCE, and come back to me.
5 And they shall divide it into seven parts. Judah shall remain in their territory on the south, and the house of Joseph shall remain in their territory on the north.

Joshua insisted that some of the tribes had delayed in inheriting the promised land. So he told them to survey the land. This involved trekking through the land, identifying landmarks and setting in place BOUNDARY MARKERS.

Essentially the TRIBAL BOUNDARY LINES had to be drawn and therefore CERTAIN CITIES WOULD BE ALLOCATED to certain tribes.

This process would give people land for housing, grazing flocks and herds, growing trees and crops and water sources.

Existing cities had houses, their own water sources and often had fortified walls and were on trade routes.

So surveying the land so as to divide it up was a very important task.

And remembering that the law of Jubilee said that each piece of land must return to its original owner every 50 years, the BOUNDARY MARKER positioning became critical.

In fact the removal of the boundary stones was illegal. Look at what the Lord says.

Deuteronomy 19:14 “You shall not remove your neighbour’s landmark, which the men of old have set, in your inheritance which you will inherit in the land that the Lord your God is giving you to possess.

Proverbs 22:28 Do not remove the ancient landmark which your fathers have set.

So critical was the positioning of these boundary stones, that Joshua decided to let the Lord position them and so decide where each tribe would inherit.

Some of those are natural – things that that you had no control over.
Things like your family of origin (ie your biological mum and dad), your DNA, your gender, your nationality, where you grew up, your adoptive parents.

Also there are spiritual boundary markers.
The day of your salvation – when you met Jesus, your commitments to the Lord, the Bible, prayer, marriage, giving ….

These things are to be preserved and guarded and not changed.

How do you think that Joshua got the Lord to decide which tribes had which piece of land?