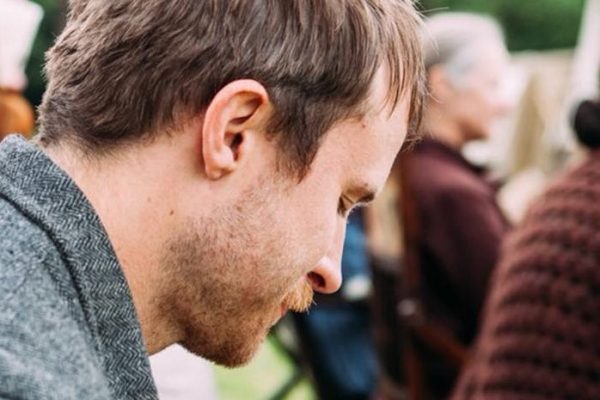 By Greg CummingSeptember 14, 2018October 22nd, 2021No Comments
Watch This Message

Genesis 31:1 Now Jacob heard the words of Laban’s sons, saying, “Jacob has taken away all that was our father’s, and from what was our father’s he has acquired all this wealth.”
2 And Jacob saw the countenance of Laban, and indeed it was not favourable toward him as before.
3 Then THE LORD SAID TO JACOB, “RETURN TO THE LAND OF YOUR FATHERS, and to your family, and I will be with you.”
4 So Jacob sent and called Rachel and Leah to the field, to his flock,
5 and said to them, “I see your father’s countenance, that it is not favourable toward me as before; but the God of my father has been with me.

11 Then the Angel of God spoke to me in a dream, saying, ‘Jacob.’ And I said, ‘Here I am.’
12 And He said, ‘Lift your eyes now and see, all the rams which leap on the flocks are streaked, speckled, and gray-spotted; for I have seen all that Laban is doing to you.
13 I AM THE GOD OF BETHEL, WHERE YOU ANOINTED THE PILLAR AND WHERE YOU MADE A VOW TO ME. Now arise, get out of this land, and return to the land of your family.’ ”

Jacob then fled from his uncle Laban from Haran and after an eventful journey dealing with both Laban and Esau along the way, ended up coming back into the land of Canaan and almost retracing Abram’s steps, settled in Shechem for many years.

After which the Lord called him back to Bethel.

Genesis 35:1 Then God said to Jacob, “ARISE, GO UP TO BETHEL AND DWELL THERE; AND MAKE AN ALTAR THERE TO GOD, who appeared to you when you fled from the face of Esau your brother.”
2 And Jacob said to his household and to all who were with him, “Put away the foreign gods that are among you, purify yourselves, and change your garments.
3 Then let us arise and GO UP TO BETHEL; AND I WILL MAKE AN ALTAR THERE TO GOD, who ANSWERED ME IN THE DAY OF MY DISTRESS AND HAS BEEN WITH ME in the way which I have gone.”
4 So they gave Jacob all the foreign gods which were in their hands, and the earrings which were in their ears; and Jacob hid them under the terebinth tree which was by Shechem.
5 And they journeyed, and the terror of God was upon the cities that were all around them, and they did not pursue the sons of Jacob.
6 SO JACOB CAME TO LUZ (THAT IS, BETHEL), WHICH IS IN THE LAND OF CANAAN, which is in the land of Canaan, he and all the people who were with him.

So Jacob after 20 years in Padam Aram serving his uncle Laban escaped with great wealth, 4 wives, 11 sons and a daughter, many servants and flocks.

He spent some years in Shechem and left the foreign idols there.

Then his company walked up the hill from Shechem to Bethel again, to the mountain east of Luz (Bethel), to where the altar was that Abram had put up and where the memorial stone was that he had set up.

Has your journey with the Lord had any resemblance to Jacob’s journey?

Starting with the day that you had to make your own way in the world.

Where maybe you had to run from your past.

Where perhaps you discovered the Lord while you were frightened and distressed and lonely and running away.

Maybe you even made a vow to him in your vulnerability.

And then as life progressed maybe you realised that the Lord had been with you the whole time.

And looking back you could say, like Jacob, that it wasn’t glittering gold falling from the sky but a life of genuine hard work, of ups and downs, of relationships – good and bad, of children and grandchildren, of dreams and visions, some that worked and some that didn’t.

It was a life where people let you down and even ripped you off.

Where you lost loved ones and things didn’t turn out exactly as you expected.

But you seemed to overcome in the end.

And as you reflect, with a few more wrinkles on your brow than when you started, you realise that God was with you, and that He was faithful.

He didn’t do it for you.
He didn’t necessarily make your life easy.
But He was with you the whole way and that made you a stronger, wiser and thankful person.

That is Jacob’s journey – from Bethel to Bethel.