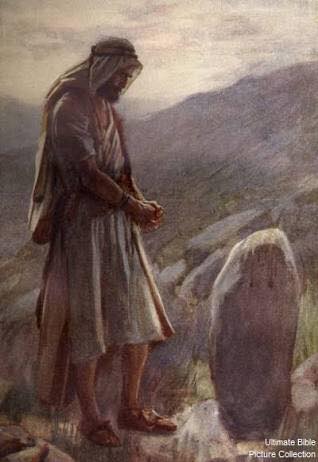 By Greg CummingSeptember 12, 2018October 22nd, 2021No Comments
Watch This Message

As we have already mentioned, the name of the nearby city until that point had been Luz. On this day, the name Bethel was introduced into history.

Genesis 28:20 THEN JACOB MADE A VOW, saying, “If God will BE WITH ME, and KEEP ME in this way that I am going, and GIVE ME BREAD TO EAT and CLOTHING TO PUT ON,
21 so that I COME BACK TO MY FATHER’S HOUSE IN PEACE, THEN THE LORD SHALL BE MY GOD.
22 And THIS STONE WHICH I HAVE SET AS A PILLAR SHALL BE GOD’S HOUSE, and of ALL THAT YOU GIVE ME I WILL SURELY GIVE A TENTH TO YOU.

So Jacob made a vow!
Vows are evident throughout scripture.

Hannah vowed to give her first born to the Lord if He would give her a son.
Jabez offered the first thing that met his eyes when he arrived home.

Here we see a scared Jacob offering a vow to give God a tithe of everything that God gave him.

What does God say about vows? Are they really a big deal?

Ecclesiastes 5:2 Do not be rash with your mouth, and let not your heart utter anything hastily before God for God is in heaven, and you on earth; therefore let your words be few.
3 For a dream comes through much activity, and a fool’s voice is known by his many words.
4 When you make a vow to God, do not delay to pay it; for He has no pleasure in fools.
Pay what you have vowed—
5 Better not to vow than to vow and not pay.

A single man on the run made a big vow to God.
And it came to pass.

Twenty years after leaving Bethel on his way to Haran, Jacob reentered Canaan and lived in Shechem.
He bought land there.

Many times during his stay in Shechem he would have visited his father Isaac and brother Esau.

He was home, with a large family and possessions.
But God wanted him back in Bethel.

And the key practical element of that vow was “…of all that you give me, I will give you a tenth to you.”
Later we see the Lord incorporate the fulfilment of that vow into law for all of Jacob’s descendants.

Leviticus 27:30 And all the tithe of the land, whether of the seed of the land or of the fruit of the tree, is the Lord’s. It is holy to the Lord.

But it was Bethel that was the place where Jacob made that vow to God.

Have you ever made a vow to the Lord?

“Lord if you will do this for me then I will serve you.”

“I promise to go wherever you call me Lord”

“Lord if you help me have a successful business, then I will give $ to you”.

“Lord I promise to be with this woman/man for better or worse, in sickness and in health, until death do us part.”

I have made vows to people that have cost me a lot of money.
I told a pastor in Mozambique once that I would speak at his October conference.

At the time I made this statement, I had intended to be in Mozambique in October.

But my plans changed and I no longer was going to be there, but I had vowed. The flights alone cost me $4000 to fulfil my vow.

I don’t vow much any more.

Jesus said “Let your yes be yes and your no be no”.
God wants me to be a person of my word.

Is it time to fulfil them now?

Or is it time to go before the Lord and repent and ask forgiveness?