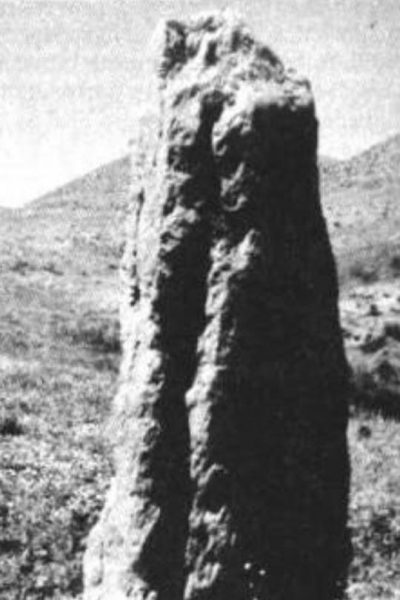 By Greg CummingSeptember 10, 2018December 2nd, 2018No Comments
Watch This Message

Jacob was escaping from Esau and heading towards Haran. On the first day he made it from Beersheba to the mountain east of Luz where Abram had ‘pitched his tent’ generations earlier and had built an altar to the Lord.

He set a stone at his head and went to sleep. He had an amazing dream and saw a stairway leading from earth to heaven. Angels were ascending and descending upon it. And at the top he saw God (Adonai).

I believe it was a pre-appearance of Jesus.
The Lord spoke and confirmed the covenant that He had made with Abram.
And promised that this would apply to Jacob and his descendants.

Please notice that this covenant was not made with Ishmael (Abram’s eldest son), nor was it made with Esau (Isaac’s eldest son) but with God’s sovereign choice – Abraham, Isaac and Jacob.

After the Lord had spoken with Jacob he woke up. All his life he had heard about the Lord. From his grandfather Abraham, from his father Isaac and from his mother Rebecca.

But on this night he discovered the Lord for himself. He was 77 years old.

Genesis 28:16 Then JACOB AWOKE from his sleep and said, “Surely THE LORD IS IN THIS PLACE, and I did not know it.”

(Abram had discovered the Lord at age 75).
And so Jacob’s spiritual journey began, as it does for all of us when we discover the Lord. And for each of us it occurs at different ages and stages of life, and as long as we have not hardened our heart to the Lord, He begins to develop the relationship between us.

Genesis 28:17 And he was afraid and said, “HOW AWESOME IS THIS PLACE! THIS IS NONE OTHER THAN THE HOUSE OF GOD, AND THIS IS THE GATE OF HEAVEN!”
18 Then Jacob rose early in the morning, and TOOK THE STONE THAT HE HAD PUT AT HIS HEAD, SET IT UP AS A PILLAR, and POURED OIL ON TOP OF IT.

So impacted was Jacob that he stood the stone he had placed near his head and made it a memorial (not an altar). With nothing to sacrifice, he poured out the only thing he had with him that could be poured – his bottle of oil.

This was Jacob’s memorial. A memorial is NOT an altar.

Later memorial stones (pillars) were set up by Moses and Joshua. Memorials because when people walked past and saw them they would question why the memorial stone was set up.

Exodus 28:9 “Then you shall take TWO ONYX STONES and engrave on them the names of the sons of Israel:
10 six of their names on one stone and six names on the other stone, in order of their birth.
11 With the work of an engraver in stone, like the engravings of a signet, you shall engrave the two stones with the names of the sons of Israel. You shall set them in settings of gold.
12 And you shall put the two stones on the shoulders of the ephod AS MEMORIAL STONES for the sons of Israel. So Aaron shall bear their names before the Lord on his two shoulders as a memorial.

Deuteronomy 27:2 And it shall be, on the day when you cross over the Jordan to the land which the Lord your God is giving you, that you shall SET UP FOR YOURSELVES LARGE STONES, and whitewash them with lime.
3 You shall write on them all the words of this law, when you have crossed over, that you may enter the land which the Lord your God is giving you, a land flowing with milk and honey,’ just as the Lord God of your fathers promised you.
4 Therefore it shall be, when you have crossed over the Jordan, that on Mount Ebal you shall set up these stones, which I command you today, and you shall whitewash them with lime.
5 And THER YOU SHALL BUILD AN ALTAR to the Lord your God, an altar of stones; you shall not use an iron tool on them.
(Notice memorial stones are NOT altars).

Joshua 4:9 Then Joshua SET UP THE TWELVE STONES in the midst of the Jordan, in the place where the feet of the priests who bore the ark of the covenant stood; and they are there to this day.

But back to Jacob on the mountain east of Luz.
Can you picture it?

There alone on that very significant mountain, the sun just coming up across the mountains on the other side of the Jordan valley and here is Jacob raising up the stone pillar.

His thoughts are very much on the incredible dream he just had where he had met the Lord.
He then looks around for something to sacrifice and finds the oil.
He pours the oil on top of the stone pillar and then steps back.

Perhaps he gets on his knees and looks to heaven.

There a few decisions are made by Jacob that will impact us even to this day.

Twenty years later Jacob would pass through here again with his large family and possessions and pause and erect another memorial stone to commemorate the faithfulness of the Lord.

Do you have any memorials?
Things that remind you of things that the Lord has done for you?
Reminders of His faithfulness to you?

Or something more personal that reminds you of a miracle He has done in your life.
Why not tell us about it.