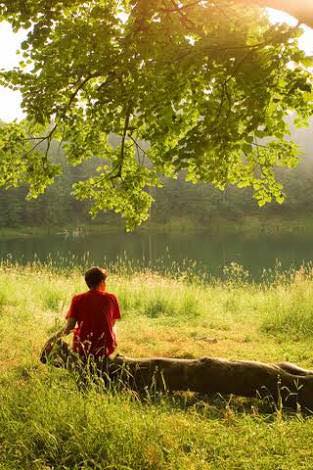 #54 Bethel – The Angels Ascending and Descending

By Greg CummingSeptember 5, 2018October 22nd, 2021No Comments
Watch This Message

We are investigating the significance of Bethel (formerly Luz).

Jacob is fleeing from his angry brother Esau from Beersheba and heading toward Haran in Padan Aram (That’s where Abram had originally come from).

The distance from Beersheba to Haran was about 800 kilometres (500 miles) -many weeks of walking or riding.

The distance from Beersheba to Luz is only about 65 kilometres (40 miles). So in his eagerness to escape Esau, Jacob (aged 77) most likely made it to Luz in one day after the sun had set.

And it was not a random place he was heading to -it was the mountain east of Luz where Abram had set up his alter 185 years earlier.

He placed a stone near his head (not as a pillow) and feeling fearful and lonely he slept and had the dream (sullam) we spoke about in the last post, of a stairway between heaven and earth, angels ascending and descending upon it and God (Jesus the Messiah) at the top.

This was Jacob’s first recorded meeting with the Lord (Messiah) in his life and it involved angels ascending and descending from heaven to earth where he lay.
When Jacob returned to Canaan 20 years later, he met angels again.

Let’s travel even further forward to the New Testament where Jesus the Messiah was at the beginning of His earthly ministry.

What a phenomenal exchange!
What an incredible statement by Nathanael. Let’s dig a bit and discover the treasure.

The fig tree was the place for meditating and memorising the scriptures.
Rabbis taught under fig trees because it was thought to be a place where the scriptures could be best understood.

So Nathaniel, like many Jewish men was a genuine God seeker.

But was it really Jesus’ statement about seeing Nathanael under the fig tree that inspired Nathanael’s Messiah statement?

Not really. As mentioned, many Jewish men studied under the fig trees.

Jesus’ next words reveal why Nathanael called Jesus “The Son of God and the King of Israel.”

Nathanael had a divine revelation that Jesus was Messiah.

Remember when Peter identified Jesus as the Messiah and the Son of God? Jesus was amazed. He responded by saying “Blessed are you Simon Bar Jonah for flesh and blood has not revealed this to you but My Father in heaven.”

It’s a direct, divine revelation from God the Father to recognise Jesus as the Son of God and Messiah.

Nathanael had been studying/memorising a certain passage of the scriptures under the fig tree when Jesus saw him there in the spirit.

Well of course it was this scripture about Jacob’s vision of a staircase and the Messiah at the top and angels ascending and descending from heaven to earth.

Jesus knew what it was that Nathaniel was studying as he sat under the fig tree?

He knew that Nathanael had been memorising the scriptures around Jacob’s journey to Haran, to Bethel where he had the dream and then on to a 20 year exile where he would be deceived by his uncle Laban (a man in whom there was a lot of deceit).

When Jesus saw Nathanael He said “Behold, an Israelite indeed, in whom is no deceit!”

Nathanael instantly and divinely knew that this was the very same Messiah that he had just been meditating on.

And he blurted it out with joy!
“Rabbi, You are the Son of God and the King of Israel.”

And then Jesus confirmed who He was by stating “YOU WILL SEE GREATER THINGS THAN THESE.
MOST ASSUREDLY, I say to you, hereafter YOU SHALL SEE HEAVEN OPEN, AND THE ANGELS OF GOD ASCENDING AND DESCENDING UPON THE SON OF MAN.”

1 Timothy 2:5 For there is one God and one Mediator between God and men, the Man who is the Messiah – Jesus,

Find a place to get on your knees now and bow your head in prayer now and give your life to Him.
And when you have, let us all know so that we can rejoice with you.

Romans 10:9 ….that if you confess with your mouth the Lord Jesus and believe in your heart that God has raised Him from the dead, you will be saved.
10 For with the heart one believes unto righteousness, and with the mouth confession is made unto salvation.
11 For the Scripture says, “Whoever believes on Him will not be put to shame.”