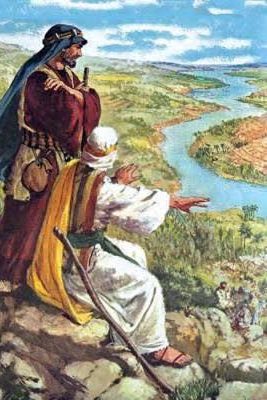 By Greg CummingAugust 29, 2018December 2nd, 2018No Comments
Watch This Message

Let’s take a moment or two to look into the future of the city of Bethel (Luz) from Abram’s time till now.

Genesis 13: 1 Then Abram went up from Egypt, he and his wife and all that he had, and Lot with him, to the South.
2 Abram was very rich in livestock, in silver, and in gold.
3 And he went on his journey from the South as far as Bethel, to the place where his tent had been at the beginning, between Bethel and Ai,
4 to the place of the altar which he had made there at first. And there Abram called on the name of the Lord.

At this place, the decision to separate from Lot and his family was made because there was conflict over the limited resources.

One day, Abram and Lot, heads of two families, walked out onto a plateau on the mountain where they lived and looked out towards the east.

Genesis 13:8 So Abram said to Lot, “Please let there be no strife between you and me, and between my herdsmen and your herdsmen; for we are brethren.
9 Is not the whole land before you? Please separate from me. If you take the left, then I will go to the right; or, if you go to the right, then I will go to the left.”
10 And Lot lifted his eyes and saw all the plain of Jordan, that it was well watered everywhere (before the Lord destroyed Sodom and Gomorrah) like the garden of the Lord, like the land of Egypt as you go toward Zoar.
11 Then Lot chose for himself all the plain of Jordan, and Lot journeyed east. And they separated from each other.

Abram didn’t want family conflict and trusted the Lord to look after both parties. He offered Lot first choice.

Are you able to do that?
Can you trust the Lord to offer others first choice and that He will give you His best?
Are you able to remain trusting of the Lord in your generosity to others?

We’ll pick up on this story and the implications later. But it was Bethel where this occurred.