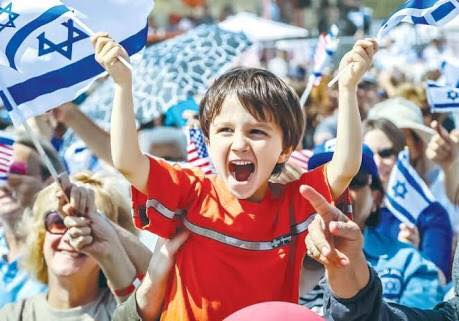 The following is the complete text of the Jewish Nation-State Law, which passed a final vote in the Knesset on Wednesday 18 July 2018. (Courtesy of The Jerusalem Post)

Basic Law: Israel – The nation state of the Jewish people

2. National symbols of the State of Israel
a) The name of the state is Israel.
b) The flag of the state is white, two blue stripes near the edges, and a blue Star of David in the center.
c) The symbol of the state is the Menorah with seven branches, olive leaves on each side, and the word Israel at the bottom.
d) The national anthem of the state is “Hatikvah”
e) [Further] details concerning the issue of state symbols will be determined by law.

3. [The] unified and complete [city of] Jerusalem is the capital of Israel.

5. The state will be open to Jewish immigration and to the gathering of the exiled.

7. The state views Jewish settlement as a national value and will labor to encourage and promote its establishment and development.

10. Saturday and the Jewish Holidays are the official days of rest in the state. Those who are not Jewish have the right to honor their days of rest and their holidays. Details concerning these matters will be determined by law.

11. This Basic Law may not be altered except by a Basic Law that gained the approval of the majority of the Knesset members.