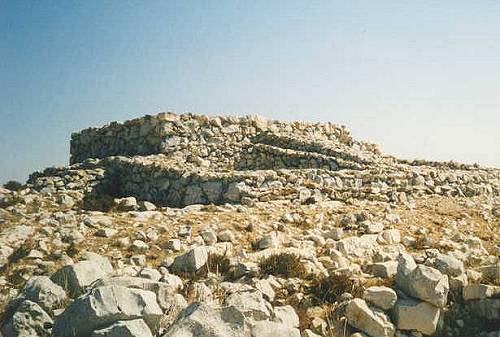 #41 And There He Built An Alter To The Lord

By Greg CummingAugust 1, 2018October 22nd, 2021No Comments
Watch This Message

Well we spent a good amount of time exploring “to your descendants I will give this land.”
Let’s come back to Shechem where Abram is entering the land of Canaan.

Three things happened in Shechem by the terebinth tree of Moreh.
1. The Lord appeared to Abram
2. There was a pronouncement about giving the land to Abram’s descendants.
3. Abram built an altar to the Lord

We’ve already talked about the significance of Shechem.

The ancestral boundaries of the home that God was creating for Abram would become highly significant in the future (and yes even today – for that city of Shechem is today a city called Nablus).
Remember that the principle of Jubilee (yovel) in the scripture requires that the original owners of the land – as determined by God – returns to them at the jubilee.
Ever wonder why Jerusalem returned to the Jewish people in 1917 under General Allenby, 1967 (50 years) by the Israeli army and 2017 (50 years) by President Trump when he recognised Jerusalem as the eternal capital of Israel.

And that all started here in Shechem when God appeared to Abram. But more on that later when we discuss the ‘mountains of Israel’.

Let’s turn out attention now to the altar that Abram built.

What is an altar? and why would Abram build an altar here at Shechem?

Firstly, an altar in the Bible must be simple, not beautiful; it must be unpretentious with no man-made embellishments. When you think of an altar, you should not be attracted to the altar itself, but rather the simplicity of the altar should cause you to focus on God.

Why was an animal killed? It’s not like killing an animal for food. Rather, it is done with other things in mind. It is a sacrifice.

How else to you give your life to a God who you can’t see?
Do you close your eyes and promise really hard?
Do you cross your fingers?
Do you knock on wood?
Do you lie in the rain, climb a very high tree, cut yourself, walk over hot coals, fast?
Do you build a little image and bow before it 7 times a day?
Do you sit on a beach and hold your fingers together, empty your mind and hum?

It’s a difficult notion – how do I communicate my promise of allegiance to another.

We do it nowadays with engagement and wedding rings, we get important people to read to us our responsibilities before God, we repeat “I do”, we do it in front of witnesses, we sign forms in triplicate, we get people to witness our signatures, we digitally sign documents, we swear on our mother’s grave, we say “scouts honour”.

We are trying to take a commitment that we are making deep inside ourselves – in our soul dimension and relate it to a physical dimension. So we do our very best to communicate it with lots of outward signs.

So along these lines – the altar is a physical place to express our commitment to God. It is here where an animal is sacrificed to enact our faith in God.

To say to God “Lord, will kill this animal on this altar which I made for you, so that you will know that I am very, very serious about my belief in you. I think that you are more powerful than me and I want you to really, really know that I am on your side.

And that I trust you with my life, to protect me and my family and to make my life better. I BELIEVE IN YOU! So I surrender myself into your hands. So I will take the life of this animal to express how serious I am.”

In extreme cases people offered their own children in the desperate bid to express submission. Sadly, that still happens to this day in many places.

It seems that the altar is the best that a human being can physically do to let God know that he promises to submit to Him.

And in making an altar and sacrificing on it and making a promise to God, that person comes under the Lord’s authority and hopefully receives the blessings that God has promised.

This is the definition of WORSHIP. To surrender my life to God.

Have you ever made promises to God like this?
What do you think – should altars still be used in these days?