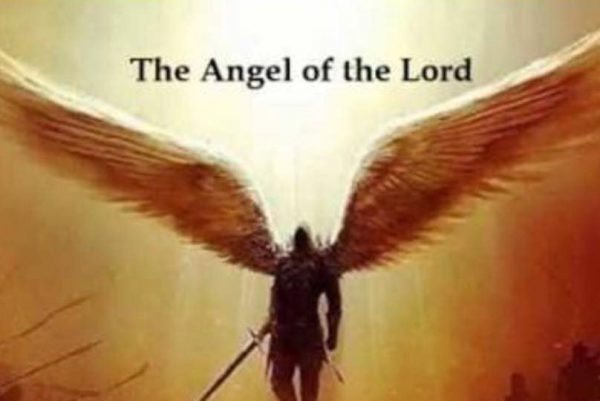 We are looking at the Commander of the Lord’s army, the Angel of the Lord.

In the last post we drew the similarity between the Commander of the Lord’s Army and the Angel of the Lord who led the children of Israel through the wilderness and into the Promised Land.

Let’s look a bit deeper into the Angel of the Lord who led the children of Israel though the wilderness.

Exodus 23:20 “Behold, I send an AN ANGEL before you to KEEP YOU IN THE WAY and to BRING YOU INTO THE PLACE WHICH I HAVE PREPARED.
21 BEWARE OF HIM and OBEY HIS VOICE; do not provoke Him, for HE WILL NOT PARDON YOUR TRANSGRESSIONS; FOR MY NAME IS IN HIM.
22 But if you indeed obey His voice and do all that I speak, then I will be an enemy to your enemies and an adversary to your adversaries.

I send an AN ANGEL before you to KEEP YOU IN THE WAY and to BRING YOU INTO THE PLACE WHICH I HAVE PREPARED.

John 14:5 Thomas said to Him, “Lord, we do not know where You are going, and how can we know the way?”
6 Jesus said to him, “I AM THE WAY, THE TRUTH, AND THE LIFE. No one comes to the Father except through Me.
7 “If you had known Me, you would have known My Father also; and from now on you know Him and have seen Him.”

BEWARE OF HIM and OBEY HIS VOICE

Mark 9:2 Now after six days Jesus took Peter, James, and John, and led them up on a high mountain apart by themselves; and He was transfigured before them.
3 His clothes became shining, exceedingly white, like snow, such as no launderer on earth can whiten them…
7 And a cloud came and overshadowed them; and a voice came out of the cloud, saying, “This is My beloved Son. HEAR HIM!”

…For HE WILL NOT PARDON YOUR TRANSGRESSIONS

Mark 2:5 When Jesus saw their faith, He said to the paralytic, “Son, YOUR SINS ARE FORGIVEN YOU.”
6 And some of the scribes were sitting there and reasoning in their hearts,
7 “Why does this Man speak blasphemies like this? WHO CAN FORGIVE SINS BUT GOD ALONE?”
8 But immediately, when Jesus perceived in His spirit that they reasoned thus within themselves, He said to them, “Why do you reason about these things in your hearts?
9 Which is easier, to say to the paralytic, ‘Your sins are forgiven you,’ or to say, ‘Arise, take up your bed and walk’?
10 But THAT YOU MAY KNOW THAT THE SON OF MAN HAS POWER ON EARTH TO FORGIVE SINS”—He said to the paralytic,
11 “I say to you, arise, take up your bed, and go to your house.”
12 Immediately he arose, took up the bed, and went out in the presence of them all, so that all were amazed and glorified God, saying, “We never saw anything like this!”

FOR MY NAME IS IN HIM.

Philippians 2:9 Therefore God also has highly exalted Him and GIVEN HIM THE NAME which is ABOVE EVERY NAME,
10 that at the name of Jesus every knee should bow, of those in heaven, and of those on earth, and of those under the earth,
11 and that every tongue should confess that Jesus Messiah is Lord, to the glory of God the Father.

Thank you Lord, that when you gave your promise to Abram that his descendants would inherit the land that you would personally ensure that you would guide and protect them into that inheritance. You appeared to Moses to deliver them from slavery in Egypt, you led them day and night through the wilderness, you led the angelic armies to protect them against their enemies, you stood in the way of Balaam who sought to bring a wrongful curse and you appeared to Joshua to instruct him in the very first battle for the land.

And it was you Lord Jesus, Messiah who did so, ever present in our existence to see your Kingdom come and will be done on the earth.

And after leading the whole exodus of the children of Israel, out of slavery, across the wilderness and to the promised land here He is, the Commander of the Lord’s armies, understandably meeting Joshua, the commander of Israel’s armies to give him the Divine strategy for the very first battle in the Promised Land – Jericho.
The beginning of the possession of the promise that the Lord made to Abram was about to commence.

Is your life handed over to the Commander of the Lord’s army? Is Jesus the Messiah the ‘Lord’ of your life or do you really still ‘pull the strings’?