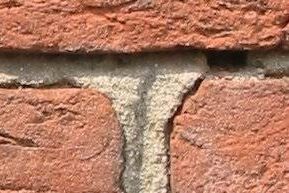 What Do A Brick, A Watch And A Human Being Have In Common?

Walking along with a friend at the base of a remote mountain I find what looks like a brick. A rudimentary, rough brick, roughly rectangular in shape.

Immediately I think, “It is roughly rectangular, it has sharp definition along the edges as if moulded. It has a hardness that indicates that after it was formed it was baked in an oven.”

My friend says, “Ah but it might have been naturally formed that way. It has been known to happen.”

I shrug and to avoid an argument I say, “Perhaps. It looks very much like it was made intentionally but it is possible that with quick heating and cooling of the earth, pressure, time and an earthquake, it ended up like this.”

Then we saw a second and a third brick-like object exactly the same dimensions as the first.

“Possibly. A sheer along a fault line producing roughly the same sized ‘bricks’”

Then as we walk further we see three of the same ‘bricks’ together in a pattern with what looks like mortar in between them.

My friend looks at me and says, “Hmm.” It was his turn to concede. “That’s a bit harder to explain as a natural formation. It looks like someone did make the bricks and then put them together as a wall.”

I quickly agreed with him, but then I had this thought.

Why, when we see the most rudimentary signs of intelligence indicated in a situation can we quickly admit intelligent thought, design and creation, but when it comes to things more complex we have difficulty?

Well that example was about bricks – basic, inanimate and static.

Let’s add some complexity to this discussion and introduce inanimate objects that are dynamic – they move.

My wife and I are sifting through some old boxes at a garage sale and find a small plastic container. Opening the container I find a whole lot of very small, intricate parts all separated from each other. There are little cogs, spindles, springs, cams, dials. I show my wife.

The little cogs have tiny teeth that obviously have been carefully made to fit into other cogs that are in the box. I would wager that they even have been mathematically designed to create different rotation speeds.

Those cogs have holes drilled in them that fit over the tiny axles that hold them together. Minute tapered screws would screw in to hold the axle to a spring, and a winder.

I look down at my own watch on my wrist. There it is ticking away, keeping almost exact time. Inside it is made up of the very same types of cogs and spindles and springs that are in this little container.

Not for one second do my wife and I consider that those little pieces we can see in the container, just happened to make themselves over time.

We recognise the sign of a thoughtful, creative person who has the skill to make and assemble those little pieces together to make a precision instrument that functions as it was designed to function and to be a useful item.

So with basic unmoving bricks and inanimate moving watch pieces, without hesitation we will automatically admit intelligent intervention.

Now let’s add to this mixture of inanimate, but complex, functioning objects, a much more difficult ingredient to deal with – life.

I’m talking with my friend again and we start discussing where life came from.

We start by talking about ‘simple’ life forms and I say, in the same way that the bricks seem to have the evidence of intelligent involvement, so too even a cockroach or a worm, appear to have been designed. He disagrees and says “No, there is a successive development over time of complexity within these life forms.”

“A big bang created a spark of life, a very basic life form.”

But even as he is talking I begin to wonder out loud “Really? For a start, how could even one basic life form come into existence from a bang. But even if it could happen, how logically could that first little basic accidental life form survive long enough to then develop a basic form of sustainability of life -ie breathing, digestion, reproduction etc before it died.

“Surely, even if you add a billion years, unless that first life form accidentally had the ability to stay alive, ingest, process, excrete and reproduce from the first second, then it was dead from the start and nothing therefore could follow.”

“I never really thought of it that way” said my friend, “but that’s the way it happened. It’s a fact.”

“Ok” I responded, troubled with his rather baseless explanation.

Then I thought about the watch pieces I found in the container and I began to think about the human body – my human body.

Not so much about cogs and spindles and springs that obviously were precisely made for a special function, but of the major parts of my body.

Starting with my lungs. Without them, I can’t breath so I wouldn’t last even a few moments without this important organ. I say lungs, but even my basic knowledge of human anatomy tell me that that name describes a veritable storehouse of smaller parts that link together and work together with precision the skilled watchmaker could only dream of.

Taking in air, releasing air, little ‘hairs’ protecting the lining, blood vessels taking the oxygen and transferring it to the blood vessels and into the microscopic red blood cells.

Speaking of microscopic red blood cells that are being reproduced all the time, manufactured and then processed by the heart. A ‘simple’ pump connected with all sorts of tubing, and chambers, faithfully pulsing in a steady beat, sending those little life-giving red blood cells all around the body to bring life, warmth, movement, health.

And that blood flows through different diameter veins to the feet below to the brain above. Yes the brain that needs the blood to survive – oh my goodness -the more they research they do on the brain the more miracles they discover.

This super computer we call our brain creates, and thinks; it has a left side, right side, it stores memories, it processes all the information we need. It sends messages to all parts of the body and tells us if we are in pain or cold. It feels love, processes hormones and even informs us of whether we are happy or sad.

The eyes are so complex, I don’t even know how to describe their function to process images, movement, colour and send the information to the brain to explain to us what we are experiencing in front of us.

The senses, touching, feeling, smelling. Our skin, with nerves and receptors, and hairs, and sweat glands to keep us cool, and protects us. That skin if severed will repair itself as if by remote control by creating clots and scars. It covers all of our body, but differently in different parts.

Our hands look so simple and yet peel them back and you see muscles over bones, flexibility in the cartilage, an opposing thumb to hold things, finger nails, complexity that makes the most complex watches seem like a brick.

I haven’t even begun to speak of the spine, the spinal chord, the digestive system, the immune system and what about the reproductive system, different in a man and a woman? One without the other completely formed, in the one instant, means extinction.

If a man ‘evolved’ first. Then while he is waiting for her reproductive system to evolve, he becomes extinct.

If a woman evolved first, then she would be hoping that a man’s reproductive system would quickly evolve before she died and went childless -and yet, intelligent people explain the whole brilliant complex system away by saying that the process is supposed to have taken billions of years.

I guess what I am saying is an honest confession.

If I look at bricks, basic bricks mortared together, I can see intelligent design.

If I look at little, beautiful watch pieces screwed and clipped together, it obviously points to a maker – a very skilled maker.

And when I look at life, specifically the human being – how can I truly say, that there is no intelligent design and creation at work?

The level of complexity of any one of the organs is trillions of times more complex than the most intricate watch.

WHERE THE DIFFICULTY LIES

So why do people really not want to admit intelligent design when it comes to “life”?

Because with bricks and watches, the intelligence that is observed relates to human intelligence -another human being made it.

Or in the animal kingdom -a bird made that nest, or a colony of ants made that anthill.

But with life? With the human being? Admitting that there is intelligent design behind the complex human being, means intelligence we don’t understand.

It means something – a being greater than me, designed me and made me. And if that is truly the case, then I will actually need to admit it. And if I have to admit it, then what else am I conceding to?

If I say ‘yes’ to intelligent design, am I also saying that I am now required to be ‘religious’, when I don’t want to be religious.

To admit a greater being, means to admit that there is one who designed me and may have a destiny for me. It means that I may need to submit to this being. What if that being is evil and desires to hurt me? It is too painful a thought to endure.

So I will continue to block out the truth of the evidence before me regarding the existence of a Devine being who made me, and continue to pretend, with a great many other people that there is nothing except what “life” or “evolution” accidentally produced with time.

If the time frame is not enough, I will just add more time – that solves everything – just add more time. I will cite proof from books and encyclopaedias, I will find my evolution heroes who are doctors and professors to give credence to these notions.

I will point to fabricated stories of ‘missing links’, hope that someone will uncover that elusive piece of evidence that will confirm my theory.

Yes – evolution, or whatever else I want to call it, therefore becomes that big thing that is greater than me that has ultimately been big enough and powerful enough to have created everything – but unlike a Divine, intelligent creator, it doesn’t require me to submit to it. I can still be the master of my life.

And all the while, as I convince myself of these things that, on closer inspection, my own intellect rejects, the actual unequivocal evidence is staring me in the face.

IS THE CONCLUSION STARING ME IN THE FACE?

As I look down at my hand for thirty seconds, there is the proof of intelligent design and skilful creation. In those thirty seconds I breathed and remained alive, my blood pumped life through my whole body, my incredible eyes saw, identified colour, depth and shape and sent the information to my super computer brain which thought for a moment about those masterfully created hands which will probably reach for and pick up my next cup of coffee to be processed by my unbelievable digestive system.

The rudimentary brick and the precision time-piece point to the marvellous revelation that I truly am ‘fearfully and wonderfully made.’