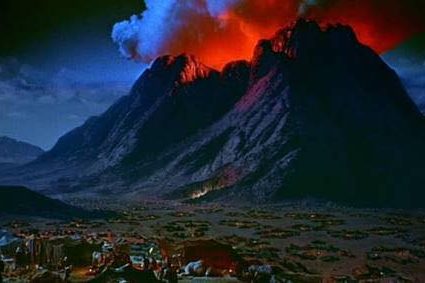 #26 Freedom From Slavery And Foreign Idols

To continue with the larger meaning of the small phrase “To your descendants I will give this land”, let’s fast-forward more than 400 years to when the Lord delivered the children of Israel from slavery in Egypt.

When the children of Israel arrived at Mt Sinai, God called Moses up to the mountain. Now listen carefully to the words the Lord used.

Exodus 19: 3 And Moses went up to God, and the Lord called to him from the mountain, saying, “Thus you shall say to the house of Jacob, and tell the children of Israel:
4 You have seen what I did to the Egyptians, and how I bore you on eagles’ wings and brought you to Myself.
5 Now therefore, if you will indeed obey My voice and keep My covenant, then you shall be a special treasure to Me above all people; FOR THE EARTH IS MINE.
6 And you shall be to Me a kingdom of priests and a holy nation.’ These are the words which you shall speak to the children of Israel.”

Here is the first use of this statement THE EARTH IS MINE (THE LORD’S).

And what is the situation and theme around which the Lord uses it?
Who is He addressing? The house of Jacob. And they are? The descendants of Abram of course.

He drew their attention to His miracle power upon the Egyptian enslavers. How He delivered them from slavery.

How He bore them on ‘eagles wings’ (another idiom which means that He sustained them miraculously on their travels through the Red Sea and the desert).

And How He brought them to Himself. Where? Here on Mount Sinai (called the mountain of God).

Then His challenge begins –

IF YOU OBEY MY VOICE and KEEP MY COVENANT then you shall be a special treasure to Me.

(What an honour to be a special treasure of God Himself. )

And ABOVE ALL PEOPLE. (All is all.)

FOR THE EARTH IS MINE. (Again that statement pops up.)

But of course everyone of the Israelites was aware of the great promise to Abram regarding the Promised land.

“To your descendants I will give this land”.

The Lord reminded them here at Mt Sinai that it was His land to give, and that He was in the process of doing just that.
But He’s re-teaching them that this whole process involves FREEDOM from slavery – leaving behind the foreign gods and giving wholehearted allegiance to God in both word and deed.

But what comes next on Mount Sinai will blow you away, because it reveals the key to that statement ‘THE EARTH IS MINE’, but like all treasure, you have to dig. And we’re going to dig into the Hebrew to find it – because you can’t see it in the English.

Why don’t you pause and thank the Lord for setting you free from the slavery of sin when you believed in the Messiah Jesus.

Why don’t you pause and consider whether you have left behind your foreign idols – things like amulets, witchdoctors, animism and worship of ancestors – but also modern day idols that bring worldliness, and distraction from God.

You can’t move forward strongly and inherit what He has for you without doing this.