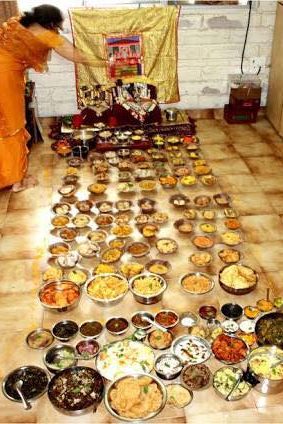 We are talking about the unusual use of the words THE EARTH IS THE LORD’S AND IT’S FULNESS in connection with dietary requirements by the apostle Paul in 1 Corinthians 10.

Just a few chapters back Paul was more fully teaching on this subject.

1 Corinthians 8: 9 But beware lest somehow this liberty of yours become a stumbling block to those who are weak.
10 For if anyone sees you who have knowledge eating in an idol’s temple, will not the conscience of him who is weak be emboldened to eat those things offered to idols?
11 And because of your knowledge shall the weak brother perish, for whom Messiah died?
12 But when you thus sin against the brethren, and wound their weak conscience, you sin against Messiah.
13 Therefore, if food makes my brother stumble, I will never again eat meat, lest I make my brother stumble.

Because these two statements regarding food offered to idols, conscience and freedom – and the Lord’s ownership of the earth seem so unrelated, it almost sounds as though Paul was quoting a well known idiom – a ‘saying’.

“THE EARTH IS THE LORD’S AND IT’S FULNESS”.

And in fact he was. And that very well known idiom understood by every priest, prophet, rabbi, teacher and observant Israelite from Abram to Isaac to Jacob to Moses to Joshua to King David all the way to Rabbi Saul (who is known as the apostle Paul), understood that this idiom linked back to the proclamation of the Lord who appeared to Abram under the great terebinth tree of Moreh in Shechem.

The statement- “THE EARTH IS THE LORD’S AND ALL ITS FULNESS” is an idiom!

An idiom is understood by the people of a culture but not necessarily by people outside of that culture.

In Australia we say ‘She’ll be right mate.” It’s an idiom that means “Everything will be ok.”

To a person who understood God’s covenant with Abram, the statement THE EARTH IS THE LORD’S AND ALL ITS FULNESS is a statement of God’s authority with a particular understanding of

1. God’s decision to GIVE THE LAND to Abram’s descendants,

2. the requirement to lay YOUR LIFE ON THE ALTAR and

3. LEAVE ALL FOREIGN IDOLS (and their slavery) to follow Him alone –

We’ll pick this up in the next post as we follow the trail that the Lord has left us to discover the truth about “To your descendants I will give this land”.

So – here is today’s question – What do you think Paul’s statement regarding the Lord owning the Earth – in relation to food offered to idols – related to the covenant that God proclaimed to Abram in Shechem?

Picture of what people still do – in many religions – offering food to idols.