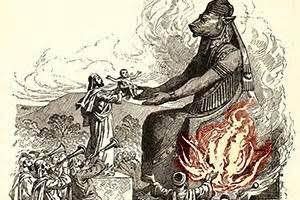 #21 And The Canaanites Were Then In The Land

If only everything was perfect when the Lord called us into His service.

The Canaanites! Who are these people?

They were a wicked, idolatrous people descended from Noah’s grandson Canaan, who was a son of Ham. Canaan was cursed because of his and his father’s sin against Noah.

Sometimes in the scripture, the “Canaanites” refers to all the inhabitants of the land, including the Hivites, Girgashites, Jebusites, Amorites, Hittites, and Perizzites.

But the greatest concern with the Canaanites was their worship of the gods – Molech, Baal and Ashterah. The worship of these gods involved sexual immorality, homosexuality, the redefining of sexuality, and the sacrifice of children. Sound a bit like what’s happening on a global scale today? This is the exact opposite of the values of the God of heaven who called Abram to come to the land.

Their nature, temperament, their fierceness, their opposition to God, their idol worship, their sexual worship, their sacrificing of children – this is the environment upon which the Lord wishes to fulfil His covenant with Abram.
They are the ever present test of our faith and commitment to God.
The nay sayers, the doubters, the persecutors, the accusers, the deceivers, the violent ones, the aggressors, the ones who usurp God’s authority, the ones who challenge God Himself.

While the Lord put Abram into their midst, it is clear that one day it is His intention to remove them forever.

The prophet Zechariah prophesied about a future time after the Messiah had come.

Zechariah 14:21 Yes, every pot in Jerusalem and Judah shall be holiness to the Lord of hosts. Everyone who sacrifices shall come and take them and cook in them. In that day there shall no longer be a Canaanite in the house of the Lord of hosts.

In the meantime, we are called into the mess of this world to be a light to the mess. Sometimes the mess seems too great, but this is exactly the type of field that the Lord likes to play on – when everything looks IMPOSSIBLE.

How can a small nation survive for thousands of years. Is there any nation like it?
The Canaanites tried to destroy them.
Famine drove them to Egypt.
The Egyptians enslaved them.
They returned to the land as a large nation.
They drove out most of the inhabitants.
The Philistines had their go to wipe them from the face of the earth.
The Assyrians carried them into exile.
The Babylonians destroyed their temple and carried away the remnant.
They came back and rebuilt. They rebuilt their temple and their city.
The Greeks defiled their temple, but they rose and survived.
The Romans destroyed their temple and their city and sent them from the land.
They started to return again in the 1800s.
The world tried to prevent them from having their land back.
Hitler tried to remove them from the face of the earth.
They were given their nation.
The next day the surrounding nations tried to destroy them.
Then 20 years later. Then 6 years later.
When force hasn’t worked, the world has tried to “help” them out of their own rightful land through “peaceful treaties”.
Their holy sites and cities are denied them. The land they were given by God is called supposedly “occupied territory”.
The United nations and European union bullies them.
And today sexual ambiguity, sexual immorality, worship of foreign gods (travel to Haifa) and the killing of children (like in many countries) still have strong holds within the land of Israel.

There are certainly no shortage of “Canaanites” in the history of Abram and His descendants.

And yet – there they are. They remain! The descendants of Abraham.
What in heaven and on earth preserves them?

Well maybe you can answer that question.

But if you think the Lord is just going to make the problem of our opposition just go away, remember these words.

Judges 3:1 Now these are the nations WHICH THE LORD LEFT, THAT HE MIGHT TEST ISRAEL BY THEM, that is, all who had not known any of the wars in Canaan
2 (this was only so that the generations of the children of Israel might be taught to know war, at least those who had not formerly known it).

Until the end of the age when Satan is bound for 1000 years and then the final day when He is cast into the Lake of Fire and when Hades and Death are removed forever, there will always be enemies. And the Lord uses them to hone us and train us in our faith.

But His intention is that we do not succumb, but to rise in faith and rule in their midst.

Psalm 110:1,2 1 The Lord said to my Lord, “Sit at My right hand, till I make Your enemies Your footstool.”
2 The Lord shall send the rod of Your strength out of Zion. RULE IN THE MIDST OF YOUR ENEMIES.

Psalm 23:4 Yea, though I walk through the valley of the shadow of death, I will fear no evil; for You are with me; Your rod and Your staff, they comfort me.
5 You prepare a table before me IN THE PRESENCE OF MY ENEMIES; You anoint my head with oil; my cup runs over.
6 Surely goodness and mercy shall follow me all the days of my life; and I will dwell in the house of the Lord forever.

So what about you? Are you ready to quit because the opposition is too strong, or do you believe in the covenant and the power of your God. The God of Abraham, Isaac and Jacob.
Will He be there on your side? Even in the midst of your enemies, your opposition and your circumstances?