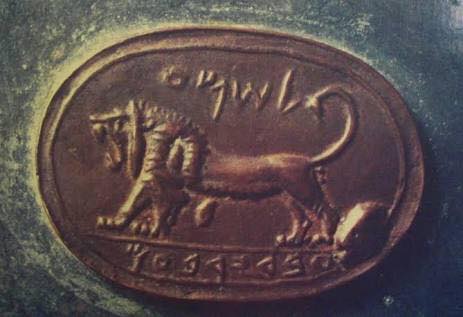 We are continuing to talk about the significance of this place Shechem – the first place that Abram came to in the land of Canaan. Let’s continue from the last post (go and read Post 17 to get the full picture).

But did you know that this town of Shechem became the initial capital of the northern Kingdom of Israel under Jeroboam when they broke away from Judah?

Here’s how it happened after King Solomon dies.

1 Kings 11:43 Then Solomon rested with his fathers, and was buried in the City of David his father. And Rehoboam his son reigned in his place.
12:1 And Rehoboam went to Shechem, for all Israel had gone to Shechem to make him king.

The new king of Israel, Rehoboam (Solomon’s son) went WHERE to be made King?

Surely he would have been pronounced King in Jerusalem. But no.
This saddle between the mountains had this strange drawing on the nation as a very important place where big pronouncements were to be made, or where the blessing of God could be obtained.

So now Shechem was renowned for being the place where Kings were anointed. Why?

Shechem had the great historical significance of being important to the great patriarchs of the nation. Abram, Jacob (Israel), Joseph, Joshua had set the precedent.

This was THE PLACE to signify covenant and blessing, remove foreign gods, set up the tabernacle, declare your allegiance to God, choose life over death.

But Rehoboam was foolish and listened to immature advice and lost a grip on his new Kingdom even before it had really begun.

So Israel rejected Rehoboam and chose Jeroboam (a mighty man of valour recognised by Solomon and placed over the workforce of the tribes of Ephraim and Manasseh) to be their King.

1 Kings 12:20 Now it came to pass when all Israel heard that Jeroboam had come back, they sent for him and called him to the congregation, and made him king over all Israel. There was none who followed the house of David, but the tribe of Judah only.

21 And when Rehoboam came to Jerusalem, he assembled all the house of Judah with the tribe of Benjamin, one hundred and eighty thousand chosen men who were warriors, to fight against the house of Israel, that he might restore the kingdom to Rehoboam the son of Solomon.

22 But the word of God came to Shemaiah the man of God, saying,

23 “Speak to Rehoboam the son of Solomon, king of Judah, to all the house of Judah and Benjamin, and to the rest of the people, saying,

24 ‘Thus says the Lord: “You shall not go up nor fight against your brethren the children of Israel. Let every man return to his house, for this thing is from Me.” ’ ” Therefore they obeyed the word of the Lord, and turned back, according to the word of the Lord.

25 Then Jeroboam built Shechem in the mountains of Ephraim, and dwelt there. Also he went out from there and built Penuel.

Later he would move to Samaria, but in Shechem he felt some solace to launch the new-look kingdom.

So did you know all that about Shechem?

God certainly picked it for a reason. It would stand to reason that if God felt that it was such an important place, then surely when the Messiah came, there would be a reference to Shechem, and acknowledgement, something?

But there is no mention of Shechem in the Gospels, nor a record of Jesus visiting a place of that name.