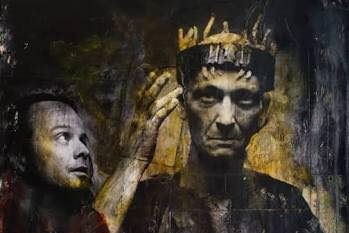 We are talking about the significance of this place Shechem – the first place that Abram came to in the land of Canaan. Let’s continue from the last post (go and read Post 16 to get the full picture).

SeverJudges 8:22 Then the men of Israel said to Gideon, “Rule over us, both you and your son, and your grandson also; for you have delivered us from the hand of Midian.”

Hundreds of years after Joshua stood with the children of Israel at Shechem and declared the blessing and curses of God on Mt Gerazim and Mt Ebal, there arose a judge named Gideon who delivered the Israelites from the oppressing Midianites.

Judges 8:30 Gideon had seventy sons who were his own offspring, for he had many wives.
31 And his concubine who was in Shechem also bore him a son, whose name he called Abimelech.

So Shechem reenters the story of the children of Israel again. Gideon’s 70 sons from his many wives lived with him in Ophrah but Gideon’s son Abimelech, from his concubine, grew up in Shechem. One day Gideon died an there was a scuffle for power.

Judges 9:1 Then Abimelech the son of Jerubbaal went to Shechem, to his mother’s brothers, and spoke with them and with all the family of the house of his mother’s father, saying,
2 “Please speak in the hearing of all the men of Shechem: ‘Which is better for you, that all seventy of the sons of Jerubbaal reign over you, or that one reign over you?’ Remember that I am your own flesh and bone.”

Abimelech was related to the people living in Shechem through the bloodline of his mother. And in this town there was a temple to the god Baal -full Canaanite worship had a grip on the inhabitants there.

3 And his mother’s brothers spoke all these words concerning him in the hearing of all the men of Shechem; and their heart was inclined to follow Abimelech, for they said, “He is our brother.”
4 So they gave him seventy shekels of silver from the temple of Baal-Berith, with which Abimelech hired worthless and reckless men; and they followed him.
5 Then he went to his father’s house at Ophrah and killed his brothers, the seventy sons of Jerubbaal, on one stone. But Jotham the youngest son of Jerubbaal was left, because he hid himself.
6 And all the men of Shechem gathered together, all of Beth Millo, and they went and made Abimelech king beside the terebinth tree at the pillar that was in Shechem.

We will talk about this terebinth tree later but for now it is worth remembering that this is where Abram first saw the Lord, where a promise was given, where an altar was built, where Jacob buried the false idols, where the bones of Joseph were buried, and where Joshua erected the large stone as a statute and an ordinance and the covenant of God read to the children of Israel. Everything done here was to do with the covenant of God made with Abram – God is the King and God of a nation.

However, on this sacred place, the nation of Israel, amidst treachery and murder, declared their trust in a man to be their king. What a falling away.

1 Samuel 8:7 And the Lord said to Samuel, “Heed the voice of the people in all that they say to you; for they have not rejected you, but they have rejected Me, that I should not reign over them”.

And as a result a great massacre happened in the town when Abilmelech lost his shine, and the people turned against him.

How does this relate to our own lives?
Well the temptation to be influenced by the world, by the occult, by fame and power, to abandon the wisdom of God for human reasoning is a real temptation.
But the altar, the stone and the terebinth tree still anchor us to the the reminder that there IS A COVENANT from God in place. And He will do what He has promised.

Are you ever tempted to forsake the Lord and His promises?
Have you ever got behind a coup, even in church life, where secret meetings took place, evil words spoken about another and authority usurped? In light of God’s word, do you think good will ultimately come out of it?