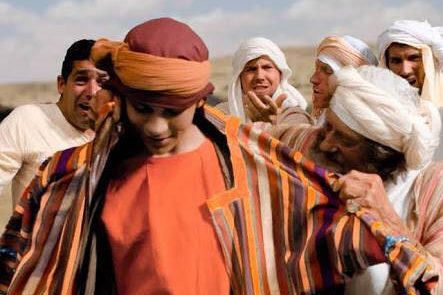 We are talking about the significance of this place Shechem – the first place that Abram came to in the land of Canaan. Let’s continue from the last post (go and read Post 14 to get the full picture).

Genesis 37:12-14 Then his brothers went to feed their father’s flock in Shechem.
13 And Israel said to Joseph, “Are not your brothers feeding the flock in Shechem? Come, I will send you to them.”
So he said to him, “Here I am.”
14 Then he said to him, “Please go and see if it is well with your brothers and well with the flocks, and bring back word to me.” So he sent him out of the Valley of Hebron, and he went to Shechem.
18 Now when they saw him afar off, even before he came near them, they conspired against him to kill him.
19 Then they said to one another, “Look, this dreamer is coming!
20 Come therefore, let us now kill him and cast him into some pit; and we shall say, ‘Some wild beast has devoured him.’ We shall see what will become of his dreams!”
23 So it came to pass, when Joseph had come to his brothers, that they stripped Joseph of his tunic, the tunic of many colours that was on him.
24 Then they took him and cast him into a pit. And the pit was empty; there was no water in it.
28 Then Midianite traders passed by; so the brothers pulled Joseph up and lifted him out of the pit, and sold him to the Ishmaelites for twenty shekels of silver. And they took Joseph to Egypt.

But Joseph once he became the executive ruler of Egypt, wanted to make sure that he was buried back in the Promised land. When he was nearing the end of his life –

Hundreds of years later after their slavery in Egypt, Joshua brought the children of Israel to where? Shechem.

And Joseph’s bones which had been carried by the Israelites from Egypt were then buried in Shechem, again at the site of God’s promise to Abram that this city and land belonged to the Lord and to Israel.

Joshua 24:32 The bones of Joseph, which the children of Israel had brought up out of Egypt, they buried at Shechem, in the plot of ground which Jacob had bought from the sons of Hamor the father of Shechem.

I don’t know about you but here is the faithfulness of God displayed over many centuries. But also do you notice Joseph’s desire to be where God’s covenant is.

Joseph lived most of his life in Egypt as a wealthy and powerful ruler. But when it came to where he wanted his bones buried, it had to be with His people, at the place where the Lord had made a covenant with Abram.

Are you ready to live your life anchored to the covenant that God made with your forefathers? Are you a person with this type of character – to choose to ultimately live for God than identify with the quickly passing world?