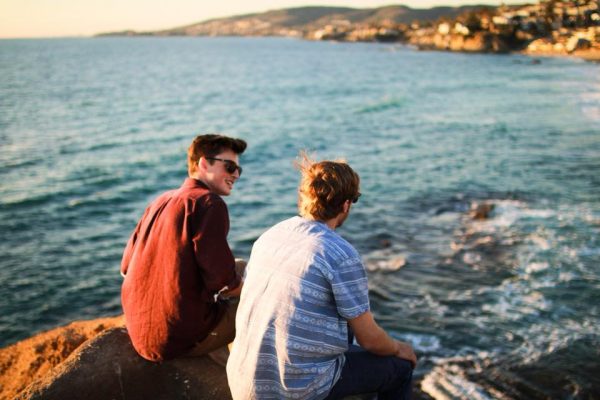 Genesis 12:1 Now the Lord had said to Abram: “Get out of your country, from your family and from your father’s house, to a land that I will show you.”

Before we leave this verse, I think it is important to note that right from the start, there was a special relationship with the Lord and Abram. It is clear that the Lord had predetermined that Abram was the person who would be the centre of His attention.
We already learned that Abram was of the royal bloodline from Adam, Seth, Noah and Shem. It was not a random calling of the Lord. And so the Lord spoke to Abram. How did He do this? In His heart? In a dream or vision? In person? Through a prophet?
We are not told on this occasion but each of those methods was employed by God to speak to Abram at some point in his future. Let’s just say that the Lord spoke through a vision.
“Abram get out of your country, from your family and from your father’s house, to a land that I will show you.”

It was vivid enough for Abram to understand that God Himself had spoken, and was convincing enough for Abram to follow though on the command. And it was a COMMAND. It certainly wasn’t a suggestion. I think we prefer to think that when God speaks to us that He does so suggesting we take a certain path with Him. When we talk about the Lord and His Kingdom, I get the impression that His suggestions are much more like commands -because He knows exactly what He is talking about and has the best interests of the Kingdom at heart at the same time as having our best interests at heart.

And because we have the benefit of looking in on the story, we know that Abram became a friend of God, which was always in the heart of God.

So the Lord speaking to Abram is a sign of the Lord’s desire to involve Abram in the story of His Kingdom, and ultimately become the friend of God.

Can a man be a friend of God?

Are there by others in the Bible who were referred to as a friend of God?

Are you a friend of God?
James 2:23 “And the Scripture was fulfilled which says, “Abraham believed God, and it was credited to him for righteousness.” And he was called the friend of God.

Often we pray “Lord come and bless me and what I am doing over here”. But have you had the special experience, like Abram, of being invited by God to come and join Him in what He is doing already – which is already blessed?”