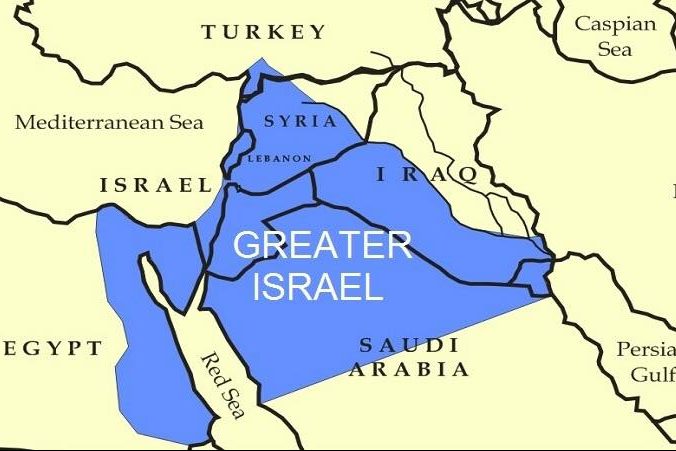 Genesis 12:1 Now the Lord had said to Abram: “Get out of your country, from your family and from your father’s house, to a land that I will show you.”

Is none other than a specific block of land that runs from the Euphrates River in the north east, to the Nile River in the south west and is bounded by the Mediterranean Sea on the West and touches the Persian Gulf and the Red Sea – taking in the land in between.

There is a lot of debate over this issue today. Whose land is it? Certain countries exist in those places.

And it seems that everyone is involved in this discussion. There are individuals in the land who claim that the land is theirs, there are nations who believe that they have a right to the land, in d
Fact the whole world has a regular say in whom they believe should own the land and the debate can be quite fierce, and people are prepared to lose their lives and even go to war over it.

So who is right?

We can argue till Jesus comes back about who owns the land. Each man thinks He is justified and right in his own mind, and if there were 100 men in a room, there would be 100 different opinions. Yet the opinions are always of the human kind. The scripture calls it “earthly, sensual, demonic”.

James 3:14-17 But if you have bitter envy and self-seeking in your hearts, do not boast and lie against the truth. 15 This wisdom does not descend from above, but is earthly, sensual, demonic. 16 For where envy and self-seeking exist, confusion and every evil thing are there. 17 But the wisdom that is from above is first pure, then peaceable, gentle, willing to yield, full of mercy and good fruits, without partiality and without hypocrisy. 18 Now the fruit of righteousness is sown in peace by those who make peace.

So despite all the opinions – there is truth in the middle of it all. And scripture tells us whose land it is.
Psalm 24:1 1 The earth is the Lord’s, and all its fullness, the world and those who dwell therein.

It is the Lord who owns the land. And therefore it is the Lord who decides who shall reside on it or have it as an inheritance.
If a man owns a house and decides to rent it out to tenants, he still owns the house. Even if he has excellent tenants who have rented it for 20 years but decides to give it as an inheritance to his own son, the tenants will have to give it up because it never belonged to them.

And so God had it in His heart to eventually give this land to Abram as an inheritance – so to begin with He called Abram to first go there.