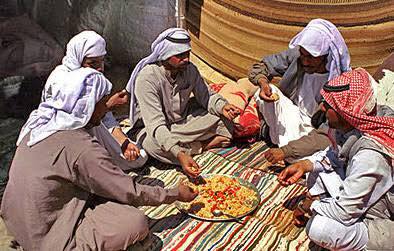 Genesis 12:1 Now the Lord had said to Abram: “Get out of your country, from your family and from your father’s house, to a land that I will show you.

Abram is called on by the Lord to leave his country, family and father’s house and go (with his immediate family, servants and possessions) to “a land that I will show you”.
And as often happens with the Lord, this involved a complete change of scenery so that there was no returning to those physical and philosophical comforts of a nearby home. No running back to mum and dad.

The Lord had in mind a specific plot of land. We know that by how He eventually describes it to Abram.
It was the land of Canaan.

Where and what is Canaan?
The world had developed somewhat since the Great Flood of Noah’s day. And there was a place known as Canaan. The word ‘Canaanites’ was an ethnic catch-all term covering various indigenous populations – both settled and nomadic-pastoral groups – throughout the regions of the eastern end of the Mediterranean Sea.

A quick time travel backwards will explain why God had in His heart to give this specific block of land to Abram, over the people who were dwelling there.
Please notice that the Lord took quite a bit of time to explain who Canaan was in Genesis 9, so that we could understand why he could give this land over to the man of his choice.

Genesis 9:18 Now the sons of Noah who went out of the ark were Shem, Ham, and Japheth. And Ham was the father of Canaan.
19 These three were the sons of Noah, and from these the whole earth was populated.
20 And Noah began to be a farmer, and he planted a vineyard.
21 Then he drank of the wine and was drunk, and became uncovered in his tent.
22 And Ham, the father of Canaan, saw the nakedness of his father, and told his two brothers outside.
23 But Shem and Japheth took a garment, laid it on both their shoulders, and went backward and covered the nakedness of their father. Their faces were turned away, and they did not see their father’s nakedness.
24 So Noah awoke from his wine, and knew what his younger son had done to him. 25 Then he said: “Cursed be Canaan; A servant of servants he shall be to his brethren.”
26 And he said: “Blessed be the Lord, the God of Shem, and may Canaan be his servant.
27 May God enlarge Japheth, and may he dwell in the tents of Shem; and may Canaan be his servant.”

Without going into the reason for the curse, and why it went to Ham’s son Canaan and not Ham himself, the history reveals that Shem’s descendant (Abram) was going to be a leader over the descendants of both Japheth and Canaan. Japheth’s descendants would enjoy living within the boundary of the blessing of Abram’s leadership. And Canaan would also enjoy it but would play a servant role.

So the time for Shem’s descendant Abram had come to take up his leadership role in the Kingdom of God and return to the specific block of land called Canaan.

Do you know where that block of land is today?

Can you think of scriptures that declare that the earth is the Lord’s?

If it is His, does He have. Right to give it to whomever He wants?