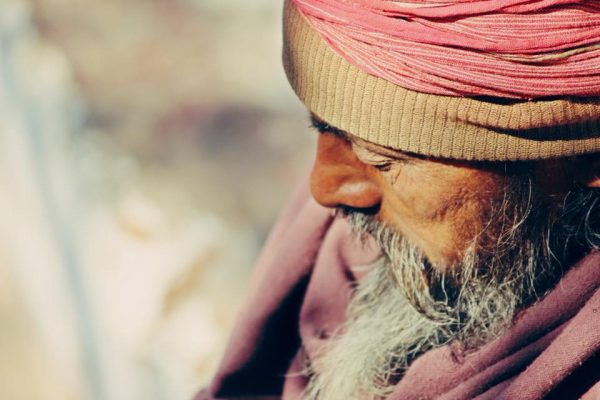 Who is this man Abram who is at the centre of God’s attention?
Genesis 12:1 Now the Lord had said to Abram: “Get out of your country, from your family and from your father’s house, to a land that I will show you.

Who is Abram? Is he just a random man whom God picked from a heathen family living in the Chaldees?
Looking at Genesis 11 – the classic genealogy of Abram
10 This is the genealogy of Shem: Shem …begot Arphaxad two years after the flood…
12 Arphaxad … begot Salah…
14 Salah …. begot Eber….
16 Eber…. begot Peleg….
18 Peleg …. begot Reu….
20 Reu …. begot Serug….
22 Serug …. begot Nahor….
24 Nahor ….. begot Terah….
26 Now Terah lived seventy years, and begot Abram, Nahor, and Haran.
27 This is the genealogy of Terah: Terah begot Abram, Nahor, and Haran. Haran begot Lot.
28 And Haran died before his father Terah in his native land, in Ur of the Chaldeans. 29 Then Abram and Nahor took wives: the name of Abram’s wife was Sarai, and the name of Nahor’s wife, Milcah, the daughter of Haran the father of Milcah and the father of Iscah. 30 But Sarai was barren; she had no child.
31 And Terah took his son Abram and his grandson Lot, the son of Haran, and his daughter-in-law Sarai, his son Abram’s wife, and they went out with them from Ur of the Chaldeans to go to the land of Canaan; and they came to Haran and dwelt there. 32 So the days of Terah were two hundred and five years, and Terah died in Haran.

No not random at all. In the perfect plan of God, this man is of the royal blood line from Adam, Seth, Noah and Shem. He is God’s sovereign choice. Abram was destined to be the Father of nations and the man whom would become a friend of God, the Father of faith and the recipient of an everlasting unilateral covenant that defines humanity – past present, future and eternal and Father of the renowned Isaac, Jacob (Israel), the 12 tribes of Israel including Judah, Boaz, Jesse, David and the ‘son of David’ – the Messiah.

What is your opinion of God’s sovereignty in the picking of Abram? Sovereign or random?